“Do less” is one of our design principles. Visiting the Environment Agency in Bristol, it struck me that sometimes one of the best things departments can do to support digital transformation is to let the really talented people get on with it. “Doing less” can mean more delivery and less bureaucracy.

The Environment Agency (EA), has had a tough spring, with heavy floods in the southwest. In the middle of that, they’re delivering one of the 25 exemplars, waste carrier registration. They’re also working on a range of other projects, including:

The team gave some really interesting presentations about these, as well as about the waste carriers exemplar. 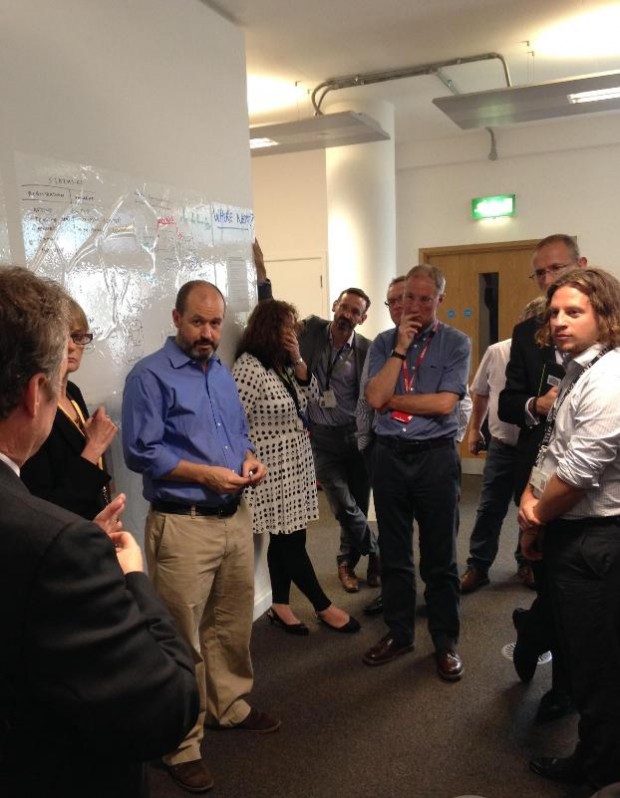 Meeting the needs of new users

Until earlier this year, lower tier waste carriers didn’t have to register. For those users, possibly as many as 450,000, registering as a waste carrier is a new thing. It’s our job to make it as simple as possible. Complying with the law should be an easy, straightforward process, not a confusing hassle.

The decision to bring in this requirement was only made in August 2013, so speed was critical if the team was to meet the 1 January 2014 deadline for the new service. Listening to the team at the EA talk about how they pulled together to build a service robust enough to go into public beta between mid-September and mid-December was really heartening. This is one of the great things about working in an agile way. You can adjust your projects to meet user needs - it doesn’t matter if those changes are because of last minute decisions from lawmakers, or from things you’ve found in user research.

For upper tier waste carriers, the user needs are a little different. They’ve always had to register as waste carriers, and tend to be businesses where transporting waste is central to their business. They have to renew their registration once every 3 years.  We have about 120,000 of these in total, so about 40,000 renew their registration every year. There are currently two different ways of doing this, either online, or with a paper form. About 30% of the users currently register by paper and about 70% use the current web service. The EA will bring as many of these as possible online, with an assisted digital programme to support those waste carriers (both upper and lower tier) who are not online. Assisted digital users will be able to get help using the digital service by calling the EA phone line, or visiting an EA office.

So why did we need to transform the web service? The current way of renewing the form is unnecessarily difficult. The service just really doesn’t fit user needs. How do we know? Because for every registration on the existing online service, we get 1.2 calls to the service call centre in Sheffield. The questions are almost all about how to fill in the form. Remember that many of the users of the service are renewing their permits? That means even people who have gone through the process before can’t figure out what they need to do. The existing form needs three pages of complicated explanation for a six page form, and people still can’t work it out. That’s a system that just doesn’t work.

It’s expensive, too. Every time someone calls the call centre about the upper tier service, it costs the taxpayers money. Money that could be spent elsewhere. It also undermines the credibility of the government, with a slow drip, drip, drip of inadequate services.

Integrating the two tiers of the service was always part of the plan. Of course, the upper tier waste carrier registration is a little bit more complicated. People have to be able to pay for part of the service, and it requires different steps to be taken. An integrated service is now being prepared to go into public beta so that users for both types of waste carrier are offered the same simpler, clearer and faster service. It might take a little longer to get things right when you start working in a new way, but it means people are learning by doing.

One of the big challenges in transforming government is culture change. The lower tier beta was put together in 12 weeks, and the team were really learning agile by doing. Led by service manager Paul Wright and working with transformation manager Ian Hunter from GDS, a multidisciplinary team, including suppliers CACI Ltd, made a place for themselves in the heart of the EA’s building, just by the cafeteria on the ground floor.  To encourage the rest of the EA staff to learn more about what the team is doing, they even have a sign to encourage people to ask them about it: 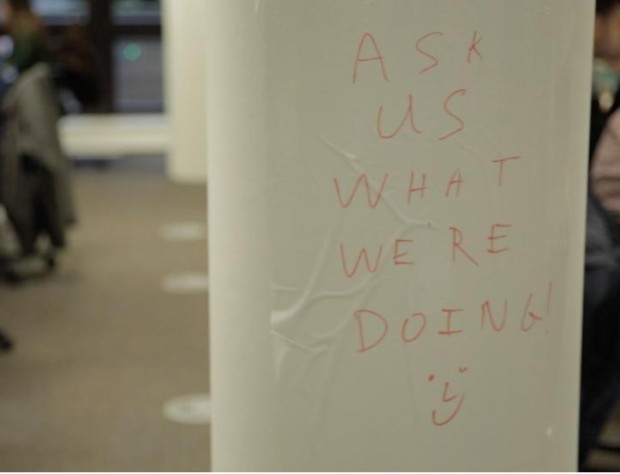 A lot of the people who started working on the project were a little apprehensive about working in a new, agile way. They wondered how it was going to work, after being used to a lot of box-ticking and bureaucracy. That said, Nikki Wilson, a project manager who has been at the Environment Agency for 7 years, described “a lightbulb moment” when the team really started seeing results. “I’ve been a product manager for over 20 years and I’ve delivered more new services in the last 9 months than I have in a long time,” she said.  Some of these came from really focusing on user needs; the team realised that there were a lot of things that just weren’t important to building a really good service. “Do less” at its best.

Then, when the EA transformation team started building the lower tier beta, they were told that they needed to follow a 6 week service introduction process (a period when the service goes through a final set of checks and activities prior to going live) when they were only taking 9 weeks to build it. That’s totally out of proportion and not very agile. But out of that, they were able to create a much lighter touch service introduction process, which is much more agile and keeps being iterated to fit the team’s new ways of working. That’s great news. Transformation is about refusing to accept that “this is how we do things”. 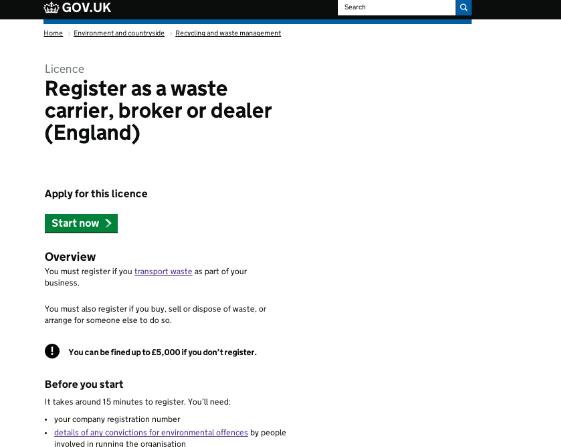 What do users think of the lower tier service so far? Stephen Lang, who is running user research on it, said that a lot of the users came in expecting a website that’d be hard to use and bureaucratic. Instead, a couple of them said things like:

The simplicity is pleasantly surprising

Registration was straight forward and quick to complete

Was very impressed with the service, cannot think of anything to improve as the system was so easy to use.

Those are the sorts of things we’re always looking for: services so good that people prefer to use them. User research can also help us get rid of assumptions that are in the way of transformation. For example, not all of the data that upper tier users had entered in the past would be migrated onto the new system. Some people working on the exemplar were worried that this would be a problem; that users renewing their registrations would be annoyed about having to enter information that they might have supplied in the past. Instead, it turns out that the new service is so easy to use users aren’t bothered about entering data again. Problem solved.

Great public services are built from the ground up. They’re not built by big plans, but by pulling together parts of infrastructure that are already there. Beyond the exemplar programme, we saw that the web ops team built a pilot programme in 12 weeks, which could allow people to upload changes to the servers in 30 minutes, rather than the several months it takes at the moment. This will make it easier for teams to work in an agile way. The web ops pilot was completed by a small team of six: Dave Blackburn,  Shelley Campher, Stuart Fish, Sam Griffiths, Imran Javeed and Tom Tant. If there’s anything we need more of in government, it’s people with web ops skills.

Another thing we can do to help is to keep reforming how we hire people. We need to be able to get talented people in to work on projects on short notice. Finding talented people internally, like Polly Jones who went from having an administrative role but with a passion for design to actually working as a designer on the exemplar, is great. But when an agency needs to hire people to cover maternity leave, they should be able to hire close to where the action is, in order to keep up a sustainable development of services. That means an agency like the EA shouldn’t have to go to department level to get approvals for what ought to be a straightforward process. What we can do is make sure that the people on the ground have the support they need to deliver great services for users. Digital civic infrastructure is built on the ground, not through grand designs.