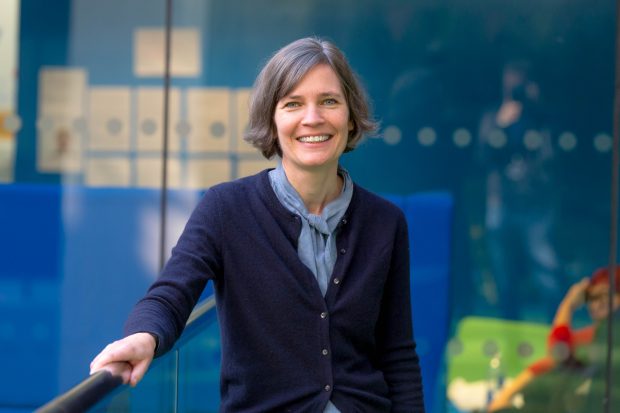 Just over 10 years ago nearly every cinema-goer in the UK saw their favourite films projected on scratched 35mm film. There were only 2 digital projectors in the whole of the United Kingdom.

Fast forward to today and almost every cinema in the nation has a digital projector. This transformation has saved millions of pounds, raised and standardised film quality and crucially, gives the audience a better viewing experience.

I was a founding employee of Arts Alliance Media (AAM), one of the companies that spearheaded this huge digital transformation. I spent 13 years at the company pioneering this cinema technology in the UK and overseas.

While cinema and government may appear dimensions apart, the digital transformations of both sectors face similar challenges and want to secure similar benefits. Since joining the Government Digital Service (GDS) as the chief operating officer last month I have noticed a number of similarities - and some crucial differences.

How government and cinema digital transformation is the same

When I worked at AAM I had to help manage people’s concerns and expectations on what digitisation would mean for them. For example, how could we assure fair access to the new technology for both independent films and blockbusters.

Government is a huge organisation with lots of existing structures and sign-off processes. This means managing different stakeholders is a vital skill to ensure a successful transformation.

There were difficulties in persuading the cinema industry of how going digital would benefit viewers. But showing film distributors how movies looked to the typical film-goer at their local cinema, rather than at a top cinema with a great projectionist - that was a ‘light bulb’ moment for them.

Starting with user needs is the guiding principle at GDS. Doing this will ensure we build and do the right thing and that we are truly transforming government for the better.

Some benefits of digitising the cinema industry were clear from the outset, like not having to transport film reels. However, others were a surprise.

For instance, as digital prints do not have to be returned to the distributor like a 35mm print, cinemas can keep screening films that have a consistent interest weeks or months after release.

This was seen early on in the digital transformation process with one cinema having a weekly screening of climbing documentary ‘Touching the Void’ for several months after the release date.

I’ve also seen unanticipated benefits at GDS. For example, the work on structuring GOV.UK content has had an unexpected advantage to our users through allowing voice assistants to access the information. As the digital transformations continue I am excited to see what other great things happen.

I have been hugely supported at GDS during my first few weeks as I settle down to my new role, giving me more time to adjust than you may do in a private company. Everyone has been willing to spend time getting me up to speed on the hugely varied work that GDS does.

I am eager to start improving the internal processes here so that everyone can spend more time on GDS’s great work on digital transformation.

After having worked in digital for 20 years what immediately struck me was the diversity at GDS. I have never been anywhere else even approaching the gender and ethnic minority diversity or an equally gender balanced management team.

I have always worked in the private sector and in a profit-driven environment. The public sector is different. Without profit as your end goal, your strategy and direction are governed by the your duties to the society and government you serve.

This switch in focus is a huge motivation for me and I cannot wait to get started with continuing the transformation journey and making government work better for users.

Fiona Deans is the chief operating officer at the Government Digital Service.