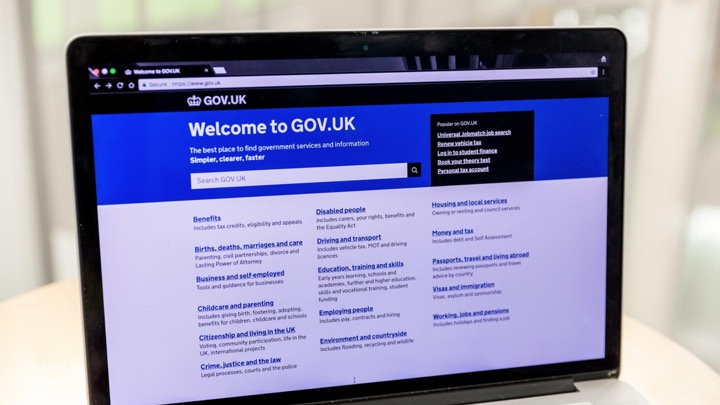 GOV.UK is the single website for all central government services and information. Since launching in 2012 it has replaced nearly 2,000 government websites with just one.

GOV.UK has been viewed more than 14 billion times since it went live. It gets an average 3.6 million visits a day. It has won awards - including a D&AD Black Pencil and a Design Museum Design of the Year award. And it has influenced governments all over the world from Australia to Israel.

You probably know about most of this already because we’re rightly proud of it and we’ve talked about it a lot.

But GOV.UK is much more than just a website for government - it’s the online home of all of government’s content and services. It's the digital interface for millions of people interacting with central government.

So that means we serve a dual role: 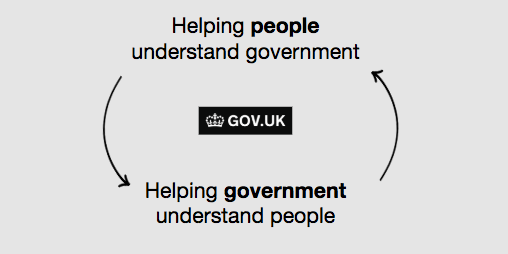 We help people understand government by making content simple and user journeys intuitive. And we also help government understand people as GOV.UK serves millions of users every day. This gives us - and departments - incredibly valuable insights on what people need to do and how we can better serve their needs.

To keep playing this vital role we need to make sure GOV.UK can keep pace with the technology people want to use. We need to prepare for a world where people might not access GOV.UK through their computer or smartphone, but could be using Alexa, Google Assistant or some technology that hasn’t even been created yet. We need to make GOV.UK understandable by humans and machines.

Here’s how we’re doing that:

As a foundation for everything else we need to do, we first need to make sure our content is properly structured. This sounds pretty obvious - but it’s also really hard.

When we launched GOV.UK, we brought all government’s content - created by hundreds of different organisations - into one place. We launched GOV.UK very quickly with a relatively small team and we didn’t have the time or the opportunity to look properly at how all that content fitted together.

Because each organisation’s website moved on to GOV.UK separately, content came onto the site siloed and remained siloed. There are now more than half a million individual pages on GOV.UK.

So, after we’d brought all government’s content on to GOV.UK, we set up the Finding Things team. Their job was to work with departments to tag every item of content by topic. The team started with the ‘education’ topic and last year launched a new taxonomy and navigation.

But while this work was progressing well, we also realised it was hugely labour-intensive - both for us and the departments we were working with. So we turned to robots to help us. More specifically, to supervised machine learning.

Supervised machine learning is an automated process where an algorithm learns patterns from data so that it can classify or organise content.

We already had some content tagged to our legacy taxonomies which we split into two groups: the training set and the test set. We used the training set to teach an algorithm to learn what pages were about, based on the text within them and its attached metadata. Then we used the testing set to check the algorithm was giving the right answers before using it to tag new things.

By using supervised machine learning we’ve been able to tag most of the content on GOV.UK to a subject-based taxonomy in just 6 months. If we’d done this manually it would have taken years at best. At worst, we might never have been able to do it.

Now we have a first version of a complete taxonomy, we’ll keep iterating it until the whole site can be powered by it so our algorithm can reliably suggest relevant tags for new content. We’re also improving the publisher process to help people make better choices about how and where they publish and to improve the quality of content through live feedback.

From back to front-end

Doing this deep, structural work means we’re now able to improve the front-end of GOV.UK - the bit that users see and interact with.

We’re working to make sure this improved data structure is reflected on the front-end navigation and in our APIs. And we’re also making sure it’s pushed out to search engines, so users can find the right content for their needs, on any device.

As well as creating a single taxonomy of everything, we’ve replaced dozens of separate page templates with one universal layout. 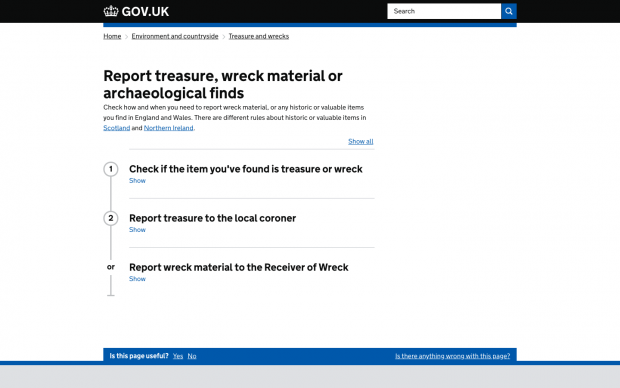 On top of all our work to structure content, we’re also working to join up and simplify information and services for the things that people need to do. We’re building end-to-end services into GOV.UK.

Kate Ivey-Williams wrote about this last year, when we launched our first end-to-end service page - Learn to drive a car.

Since then we’ve launched more end-to-end service pages, including how to get a Blue Badge and (my personal favourite) report treasure, wreck material or archaeological finds.

To our delight, we found that structuring our content in this way allows Google Assistant to understand a series of voice commands. For example, asking: “How do I learn to drive a car?” and “When can I start?” returns results from GOV.UK.

It’s worth noting we did not do any extra work to allow this to happen. It’s a natural consequence of structuring the content on GOV.UK well. It proves by sorting out the fundamentals we can make government understandable for humans and machines.

But it doesn’t mean we’re not also actively looking at voice interactions on GOV.UK. Measurement company ComScore suggests 50% of web searches by 2020 will be through voice interaction, so clearly this is something we need to focus on.

We need to approach voice services in a consistent and scalable way. So rather than write code for a specific platform, we’re working on the best way mark up our site so any voice service can use GOV.UK as a source of simple, speakable answers.

We’re also talking to the teams that build the knowledge engines behind services like Alexa, Google Assistant, Cortana and Siri. We want make sure they can use the canonical open data that we publish. We’ll blog soon about how we’ve been approaching this work.

As well as making it easier for people to do what they need on GOV.UK, we’re upping our game on generating user insights from it. This is data that can help government improve content and services.

We’ve built a data warehouse and for the first time we’re starting to combine different types of data including:

Using our single taxonomy of everything, we’ll also soon be able to generate data reports by whole topics, or specific sub-topics like “having a child, parenting and adoption”. These can tell us, publishers and senior leaders in Whitehall about where users are succeeding or failing and where the gaps are in our service provision.

Our core business is organising, unifying and simplifying government services and information so users can find and understand what they need, in whichever way they need: from our website, other sites and apps using our API, email, voice or whatever technology comes next - and making sure government can best serve these needs.

The work we are doing now is preparing for how people will interact with government, future proofing its content and making sure we will always be able to serve user needs.