The work of GDS to address the digital diversity problem is ongoing. Part of this effort is making sure that it champions difference. Last year, we decided that “no-one from GDS will take part in a panel discussion of two or more people unless there is at least one woman on the panel, not including the chair”. 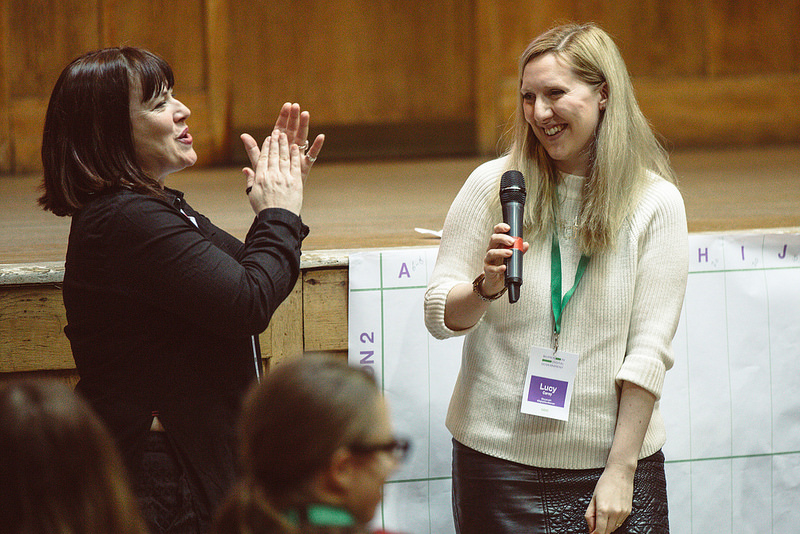 To support this pledge, it's important that we're encouraging and enabling women across the organisation to feel confident speaking publicly. In this blog post, we’d like to tell you about a new peer-led initiative we’ve been developing to usher more women towards the podium – Break into Public Speaking.

I’m a creative writer at GDS and I led the initiative jointly with GDS developer Rosa Fox and Open Source Lead Anna Shipman, who are both experienced public speakers. Together, we have a solid grounding in what it takes to craft and deliver an interesting, accessible talk. And, how to get accepted to deliver it at an event. With Break into Public Speaking, we wanted to pass on this knowledge, and encourage a new group of women from GDS to go out and represent our organisation.

Our first job was to look at the issues holding women back from applying to speak that could be tackled in sessions. To do this, we circulated a survey to all potential course participants, asking them about what would discourage them from public speaking.

Some of the concerns they expressed were:

Based on these responses, we drafted a 6-week plan that would allow us to cover these areas over the course of hour-long lunchtime sessions. Our objective was that over 5 weeks, members would be supported in developing, structuring and rehearsing a 5-minute talk, then delivering it in week 6. Staff from across GDS would be invited to come and act as the audience and the talks would be filmed.

We organised Break into Public Speaking as follows:

Week 1: Thinking about ideas for talks, and identifying interesting areas for people to present on.

Week 3: Drafting rough talks and arriving on a final structure.

Week 4: Writing talk abstracts which could be used as part of a submission for an event. As well as written abstracts, we arranged for members to be filmed as they delivered their pitch.

Week 5: Final practice of talks, with feedback given by organisers.

Week 6: Delivering and filming the 5-minute talks in front of a wider GDS audience. 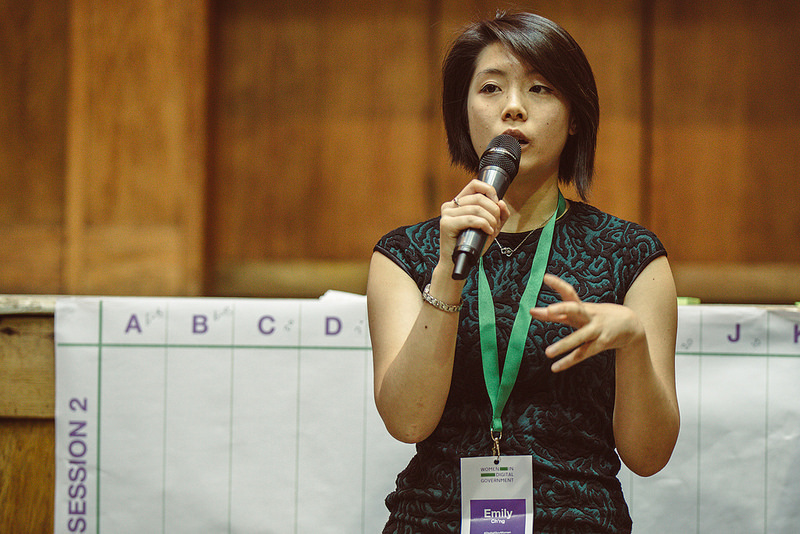 After the presentations in week 6, we sent a follow-up survey to the participants to help us plan potential future sessions.

There were also a couple of ideas for how we might improve in future sessions. One participant mentioned that they would have enjoyed hearing from experts outside of GDS, and also asked for more practical exercises to help them to develop as a speaker. Another would have liked to have had the chance to look at outstanding examples of talks led by female speakers for inspiration.

Overall, we found the feedback was overwhelmingly positive, but one of our favourite comments was this one:

“It was the first time I've felt I might one day be comfortable speaking publicly, and maybe even enjoy it! Thank you.”

We would like to run this course again in the future, rolling it out to a wider range of future speakers. We’d like to  help members of the GDS LGBT+ and BAME groups get their voices heard. And, we’d love to get more experienced presenters to come and support the sessions, from both inside and outside of GDS. If we’re serious about being the change we want to see, this has to be a collaborative effort.

As for the members of the inaugural Break into Public Speaking, several have told us that they hope to do their first bit of public speaking in the next few months. Three have already been accepted to go out and represent GDS at external events this summer. We hope they’ll be back to Break into Public Speaking in the future too, helping us coach a new diverse crop of speakers.