We’ve been talking a lot about diversity at GDS in recent months. I recently announced our commitment to only taking part in conferences that are gender diverse and we’ve written about the work of our Women’s Group.

You might have noticed that our building looks a bit different this week. It’s traditional to fly the rainbow flag during Pride, but Aviation House doesn’t have a flag pole. But, that hasn’t stopped us coming out in support of Pride.

We’ve decided to wear our hearts on our sleeves and our rainbows on our windows. 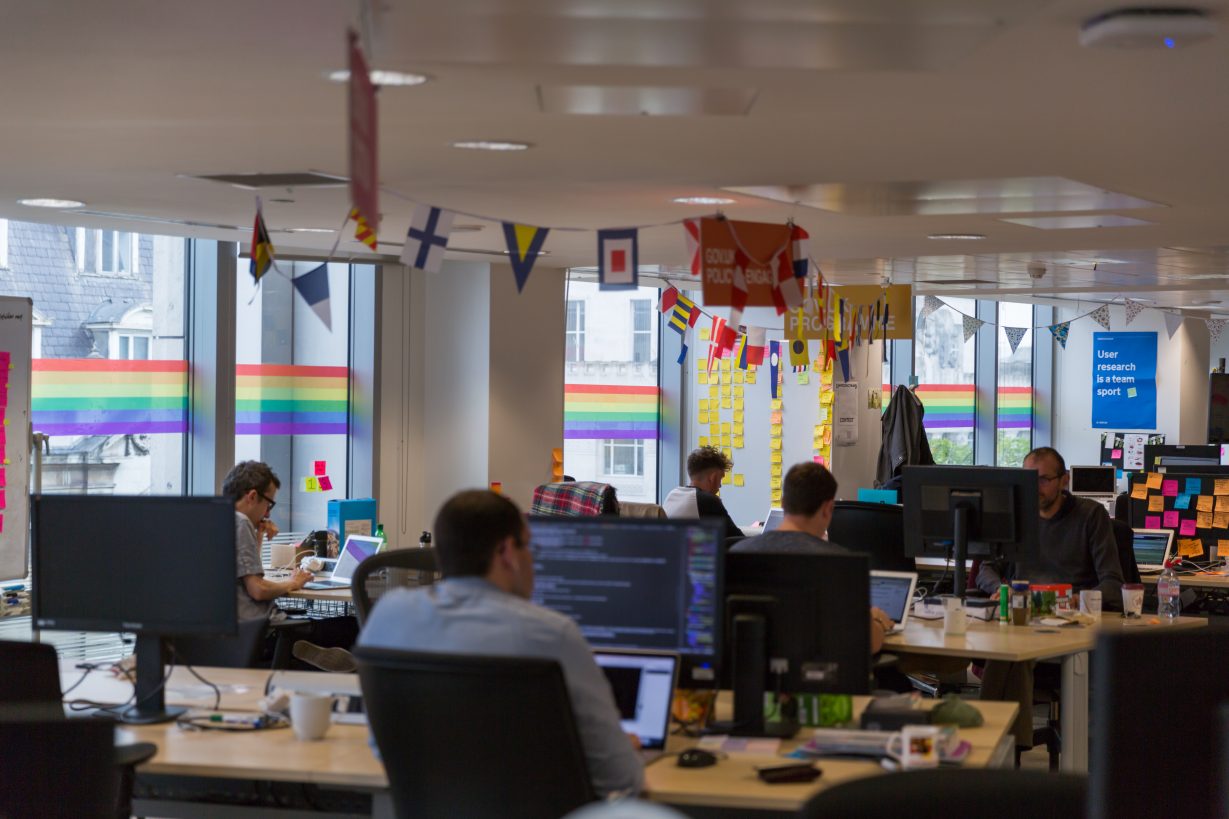 That’s not all we’re doing. Our LGBT+ group at GDS - part of the Cabinet Office LGBT+ Network - organised a guest speaker from Stonewall, the LGBT+ equality organisation, to talk to staff earlier this week about their work improving diversity in the technology sector, and LGBT+ staff from GDS will be joining the Civil Service as we march in the Pride in London parade tomorrow too.

I’ve talked before about how the job of transforming government together would be impossible without diversity. Recent Civil Service People Surveys have shown that LGBT+ people make up around 5% of the Civil Service; but of those staff who identified as working in our profession, only 1% said they were LGBT+. Having too few LGBT+ employees in our profession - or worse, not knowing how many you have at all - is a problem.

If we look at the broader technology sector, there’s very little data on LGBT+ diversity at all. Most companies in our industry report the amount of women, Black, Asian, and minority ethnic (BAME), and disabled employees they have, but not on their LGBT+ workforce.

Being LGBT+ isn’t like some other diversity characteristics; more often than not it’s invisible. When our workplaces aren’t diverse, when we can’t see that diversity and when our culture doesn’t make LGBT+ people comfortable being ‘out’ at work, we all suffer. If someone’s hiding who they are, as an organisation we won’t be getting the best out of them and we won’t be able to invest in them the way that we should. This is not ok.

Of course, this isn’t just true of LGBT+ people. It applies to every kind of diversity we want to see in the Civil Service; whether it’s sexual orientation, gender identity, disability, race, social background - we need to create an environment where people can be themselves and give their all. We won’t transform government without it.

I’m proud that our organisation challenges itself to do better on diversity and that we recognise our role in shaping the industry we’re a part of. When it comes to LGBT+ representation in digital, data, and technology; there’s still work to be done.

It’s why we feel we have a responsibility to speak up. That’s why we’re taking part in Pride.

We know that the best digital services are created not just by multidisciplinary teams, but by diverse ones. And we know our industry isn’t as LGBT+ inclusive or diverse as it should be. We’re putting rainbows on our windows to acknowledge we have a responsibility to change that.