Lars Boström is a Team Leader and Web Coordinator at the Swedish Consumer Agency: a government agency under the Swedish Financial department. Lars is responsible for web development of Hallå Konsument; a web service that gives guidance to consumers in need of help. 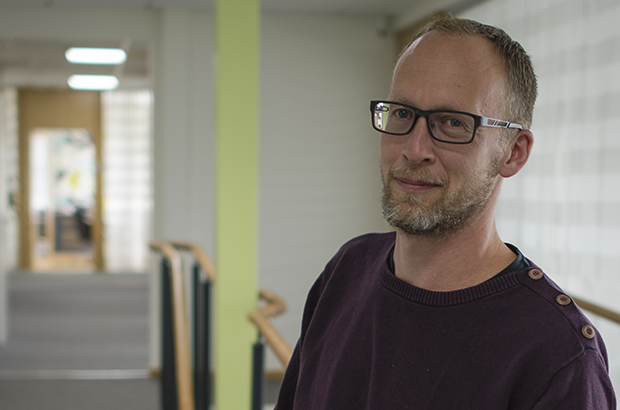 After almost two weeks as a guest at GDS, I’m starting to get to grips with the processes that drive the work that happens here.

During my job shadowing experience I’ve learnt to use GDS vocabulary; I’m in the discovery phase, have explored the way GDS works, made loads of findings and now I’m in the process of sorting the most relevant out, making inferences and drawing conclusions.

I would like to start with the most obvious question you might have – why was he around in the first place?

Back home in Sweden I work as a Team Leader in web communications at the government’s Swedish Consumer Agency. During the last two to three years, we’ve been implementing new ways of working with web development. We used to be stuck in the traditional waterfall methodology, but we wanted to explore new ways to work.

The thing that set the ball rolling was when we were given a new mandate from our government, to put forward a new service to Swedish consumers – Hallå Konsument/Hello consumer. This service gives advice to Swedish consumers before they buy something or afterwards when they’ve bought something that they’re having problems with (similar to the way Citizens Advice work in the UK). The service will give consumers help over the web, phone, callback, chat, and through social media – Twitter and Facebook. We also include information from twelve other government agencies, four consumer bureaus, and municipal consumer guidance organisations.

With lots of challenges, we started to search for new ways of doing things. When building the web development part of the new service we tried out agile methodologies and started to follow the GDS blog, - learning from GDS’s work along the way. The things we did were on a rather experimental level and we were mostly finding our path through the project to finish everything in time for the big release.
Now that the service is up and running, we have more time to plan for the future. We’re starting to think about the possibilities and what we could actually do together with our collaborators when it comes to future web services.

The big question now is if I will be able to find a wall or other plain surface big enough to stick all my findings on when I get back home. Because there are loads of them.

1. User research and data analysis
The way user research and data analysis runs through everything at GDS is truly impressive; but sometimes it’s hard to grasp if you’re not there observing it first hand. Even if it’s talked about throughout the work you do, it’s hard to really really understand the meaning and importance of it. Especially when you are coming from the old school way of doing web development. We will start to work in a similar way, putting more trust into user research findings as well as data analysis and get a methodology into place.

2. The informal and creative way of doing things
When I first came to the GDS office I was struck by the creative workflow. I later found that this is very typical of the way GDS do things. Meetings seems to be held on the fly; if something needs to be handled you simply walk over to your colleagues and have a short informal chat. It’s not a big thing, and often no meeting arrangements need to be done at all.

3. Professionalism and transparency
The size of GDS allows staff to specialise in their particular area and role. While at the same time, allowing them to collaborate outside their area of expertise . and being completely transparent the whole time.

5. Content design
The way GDS analyses and organises content is worth worldwide respect. With that huge amount of content knocking on their door, many would feel a great weight on their shoulders. But, GDS are methodically taking on the job; starting with user needs and working through the subject. If you’re feeling stressed about it – it’s not showing.

7. Pop-up teams
At times we get problems that need to be handled quickly or need to be looked at in more detail. The temporary pop-up team is a perfect answer to that need. We’ll see if we can implement that way of working back home.

8. Start small and scale it up
It might be easier said than done, but when looking at certain services or challenges we have in front of us it’s easy to be overwhelmed. A calming way of handling it is starting small and scaling it up slowly.

So with that said, I would like to say thanks for having me as your guest during these weeks. I really appreciate being here learning from you – you’re building great stuff!

Keep up the good work.