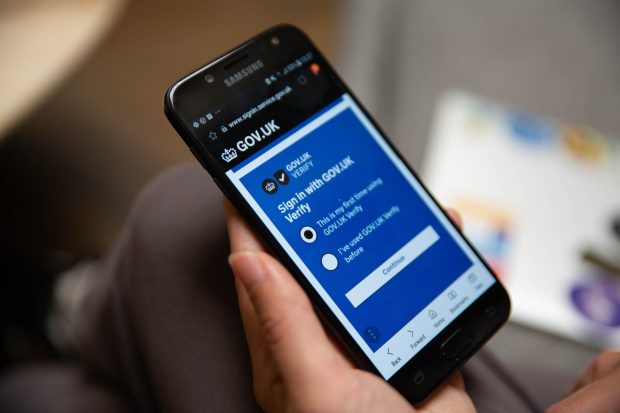 GOV.UK Verify is the government service that helps people prove who they are online.

People can create a digital identity account and use it to access 22 government services, like applying for Universal Credit, checking their State Pension or requesting a basic Disclosure and Barring Service (DBS) check.

Before the COVID-19 outbreak, about 35,000 people created a GOV.UK Verify digital identity in a typical week. Since 16 March 2020, over 640,000 new accounts have been created. This correlated to the increase in new Universal Credit claims as people sought crucial financial support.

Delivering this huge growth was vital to making sure thousands of people could access services they urgently needed to support themselves and their families during this public health crisis.

23 March was also the first day of remote working for the GOV.UK Verify team which, as most of the country is experiencing, brings its own challenges.

Here’s how we managed the record level of traffic.

We worked really closely with the identity providers

The key thing we needed was for our identity providers, Digidentity and Post Office, to scale up their systems to handle the huge increase in traffic. We had daily stand-ups with them to identify the main challenges and develop solutions.

Together, the identity providers were initially able to accept around 25 people per minute into their services. Within a week, this had increased to 200 people. A month on, they’re up to 400 people.

Their rapid work meant that the online queues at the start of the sign-up journeys, which had peaked at 155,000 people, disappeared after 7 days.

For a proportion of users, the identity provider needs to complete a manual check of their identity documents. The wait time for these checks peaked in late March and is now down to a few minutes.

You can read about the identity providers’ changes in more detail in a blog post from Digidentity.

Throughout this extremely busy period, the GOV.UK Verify hub and the Document Checking Service (which enables identity providers to check the validity of users’ passports or driving licences) stayed resilient and ran smoothly. This helped us focus on the work with our identity providers and the needs of our partner government services.

We balanced traffic between the identity providers

We changed how we directed people to the identity providers during this period of scaling up.

Previously, people could choose between the identity providers that they were eligible to use. We temporarily changed this approach so people would only see one or the other.

This reduced the risk that lots of people would choose the same identity providers and create a queue, while leaving the other with spare capacity.

We monitored the identity providers’ capacity closely and changed the proportion of people sent to each one when needed. We also made sure users who failed to verify with one identity provider were shown the other if they chose to try again.

This approach gave the identity providers room to continue their work to scale up. We stopped splitting traffic on 23 April as we were confident that they could handle all of the traffic at once.

We methodically prioritised work based on the most common pain points

During this peak, it was more crucial than ever that we focused on the most pressing user needs.

We worked out that some people were timing out part-way through their journey because of the wait times. Other users were successfully verifying, but then getting an error. This was because the flow of messages - between connected services (like Universal Credit), GOV.UK Verify and the identity providers - was interrupted by the queueing system. We added more specific content on the error pages to help these users get back on track.

We also introduced a new ‘identity provider hint’, initially to test whether it would make a positive difference. This page appears at the beginning of a Verify journey and means that users restarting their journey get a shortcut to the correct place. It also helps returning users who have forgotten they’ve used GOV.UK Verify before, reducing the number of people who try to create an account again unnecessarily. 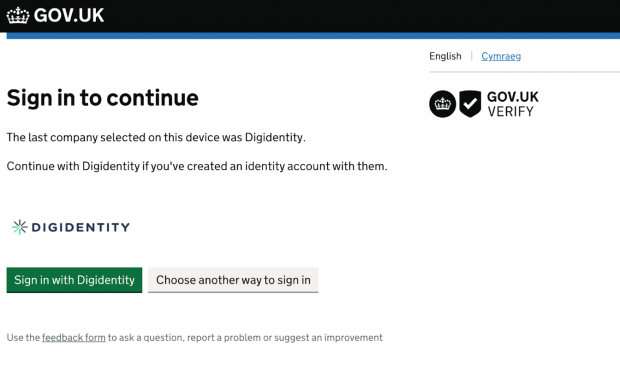 We’d already designed this page and it had tested well in labs, so it felt like a high-impact, low-risk change. We’ve just completed our test analysis and the results show that the hint makes it easier for users to sign in. We’ll be rolling the hint out to all users in the next few days.

We worked closely with Universal Credit

We changed how we worked with Universal Credit, given the number of people using this journey. By working more closely with the team at the Department for Work and Pensions (DWP) we improved and accelerated the end-to-end journey.

Things that helped us respond to this challenge effectively

Here are 3 things that we found to be particularly important when working quickly in an emergency.

Firstly, it’s essential to have a good relationship with stakeholders, especially if you don’t have control over the whole user journey. A user is not interested in which team or department a problem technically lies with, they just want to complete their task. Just fixing the bits that we ‘owned’ was not going to be enough - we had to work together to think about the journey end-to-end. For example, Universal Credit stopped running face-to-face appointments so we had to reflect that throughout the journey.

Secondly, we had to accept we couldn’t do everything at once. Initially, we thought of lots of improvements which all seemed to be a priority - but this made it more likely that we’d rush things and make poorer decisions. Stepping back, planning our work properly as usual and still taking the time to think ‘what does good look like?’ meant that we only worked on the crucial things and we’ll be able to know if they were successful.

Finally, user support teams are a crucial part of the user journey, and have been an integral part of our response. The GDS support team dealt with the increase in support tickets, helped our users when things have gone wrong, and provided us with valuable insight into the problems people were facing. It’s much better for users when service teams and user support work together.

We’d like to thank all of our stakeholders and partners, especially the identity providers, for their support and collaboration during this exceptional period.

These have been some of the most time sensitive and important tasks that the GOV.UK Verify team has worked on.

With social distancing measures in place, it's critical to be able to check someone's identity digitally, as the face-to-face aspects of government services are currently not possible.

Between 16 March and 26 April, the Verify performance dashboard shows that 640,289 people were able to create a new identity account. 746,827 used an existing identity account. In total over 1,387,116 people have been able to access the essential government services they need during this time.

We're not stopping our work on iterating and improving capacity. We need to keep queue times short so people can access vital services quickly and securely.

We’ll continue to improve the end-to-end journey, working closer than ever with the identity providers and individual services to make it as successful for as many users as possible.