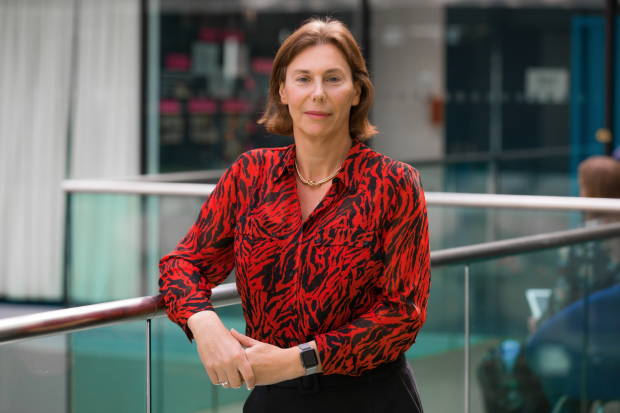 I was out sailing in the middle of the ocean, somewhere between Darwin and Christmas Island, when I received an email that read something along the lines of 'would you like to lead GDS for a period of time?'.

My response was immediate and resounding. Absolutely yes. I rushed back at approximately 5 miles per hour for another month or so.

Since taking up the interim appointment, I’ve been asked about my background, how I intend to lead the organisation and where I think it should go, so I thought I’d write a blog post.

I was delivering more for less and meeting user needs long before I joined any government department. At the age of 8, I was given the chance to run the garden bar at the family pub (soft drinks and nibbles only, I stress).

The job taught me 2 things. Firstly, people like good service. They liked to be listened to, they liked to be served quickly and efficiently. They also like to get the best value for money; it turns out asking them how much change they need generates some interesting revenue outcomes.

Perhaps it was that early experience in service delivery that informed my career choice.

The first job I had that didn’t break any child labour laws was at the Ministry of Defence (MoD). I was a systems analyst and systems designer. I coded the system that managed the location of military assets.

Being a coder during a time when documentation was for wimps was an experience. I wasn’t put off, however. I still dabble in coding in Python and JavaScript today.

I then went on to work in a part of the MoD which sought opportunities to implement digital solutions – the somewhat questionably-named Exploitation Unit.

I worked in the Equalities Office during the implementation of legislation to allow same sex couples to marry, and then I headed it up for the roll-out of gender pay gap reporting.

I’ve worked in the Department for Environment, Food and Rural Affairs (Defra) leading transformation, HM Treasury handling efficiency, the Cabinet Office addressing air travel for the Prime Minister, and the Department for Digital, Culture, Media and Sport (DCMS) on gambling policy. Among other roles….

Outside government, I’ve been Head of Operations for an IT engineering business. I also went on secondment to the charitable sector as Director of Programmes for a multi-faith research body. Time spent in this sector drives your awareness of costs; I recall that a colour print of A4 was 7 times the cost of black and white. And also how much free consultancy we expect of this sector by inviting them in for a meeting. After all, they’d be honoured to meet with government!

Staying on the right track

I have already stated my aims during this time are to accelerate momentum on our business right now, including all the essential work on EU Exit. It’s a huge part of our current effort and it’s exhilarating to be at the very heart of preparations and support.

We also need to build our future, setting the boldest goals for digital advancement across government, a big push on data analytics, digital identity and embedding of innovation. To do that, we need the right resource, capability, powers and influence.

And I have a duty to help land permanent leadership of GDS in a way that we don’t miss a beat and so we can springboard into the future state for digital government.

I’ll be joining ministers and GDS colleagues talking about those things –  and the future vision for the organisation in more detail – at Sprint 19.

I look forward to seeing you there.

Sprint 19 brings together people working across government to learn more about how digital transformation is improving people's lives. Register to attend Sprint 19.