Over the last couple of months, a new community at GDS has emerged. Muslims at GDS is a community for people who belong to the Muslim faith or anyone interested in learning more about it.

In this post, Arfah Farooq, a community development manager, and Dilwoar Hussain, a senior frontend developer, explain their personal motivations behind setting up the community. They also talk about how you can set up your own community, and share things to consider when working with Muslim colleagues.

Why we set up the community

Below, we share our stories of what motivated us to set up the Muslims at GDS community. 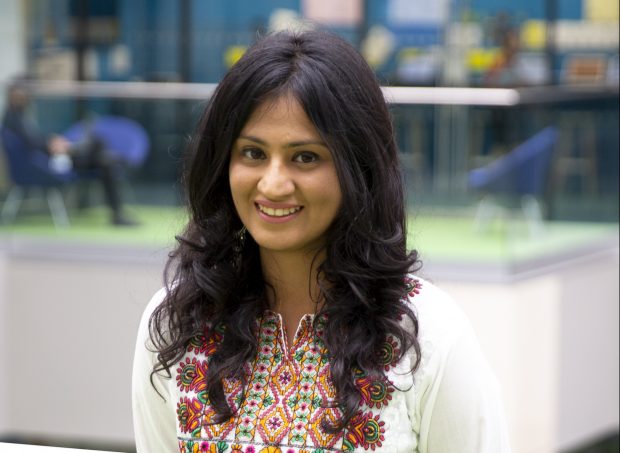 I started at GDS 4 months ago. I am the community development manager for the product management and delivery management communities.

Communities are a massive passion of mine. I run MuslamicMakers outside of work – a diverse community of Muslims who are making and changing things in tech. We’re creating spaces for Muslims to be not just ‘included’ but to own their work spaces and industries.

When I joined GDS, I was disappointed to discover that there wasn’t a Muslim community or even just a Slack channel for me to connect with other Muslims. I started a month before Ramadan (the holy month for Muslims when they fast for a month) and I wanted to connect with people at GDS so we could have a shared experience and also to have some support in regard to my faith.

When I spoke to other Muslims at GDS to understand why a community like this didn’t exist already, I was told: “there just isn’t enough of us” and “we spoke to another Muslims and they suggested it might be discriminatory to have a community just for Muslims”.

Working on a community as part of my job is one thing but creating an organisation-wide one felt a bit daunting. It would have been easier if the community was to be centred around an interest. But when it comes to faith, there is a fear that people may judge you.

I’m not visibly Muslim so unless I mention it, you wouldn’t know. However, it does play a massive part in my identity, my values and my lifestyle so there are things to consider when it comes to working with me.

Thankfully, I’m unapologetically Muslim so I’m not afraid to mention I need a prayer room or I won’t be joining for after-work drinks in a pub. For other Muslims, it can be sensitive territory and they may need to build their confidence to embrace their identity. That’s why I thought there was a need for this community.

I saw that a Christians at GDS community existed already and that gave me the confidence to kickstart something. But before I did the brave move and created a new Slack channel for the Muslim community, I worked with existing long-standing Muslim colleagues, like Dilwoar, who were also very passionate about this. 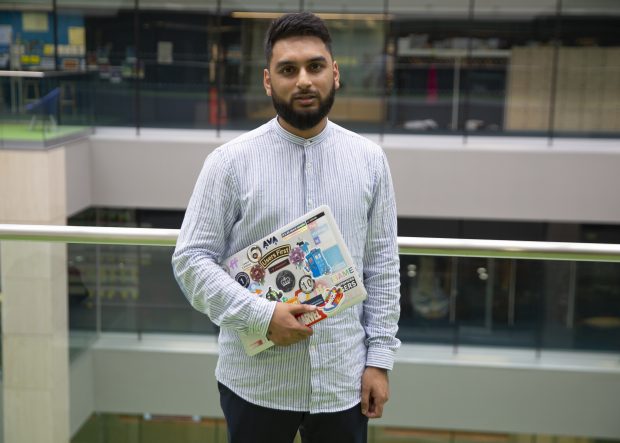 I started at GDS about 2 years ago. I am a senior frontend developer on GOV.UK. Faith is a big part of my day-to-day life.

There are a lot of duties that – as a Muslim – I need to perform on a daily basis, such as the 5 daily prayers done at specific times every day. When I interviewed for my role at GDS, it was important for me to be open about this and the fact that I could only take the job if I was allowed to pray in the office and attend Friday prayer. The colleagues on the interview panel were very reassuring, and it’s never been an issue.

Despite the culture of openness at GDS, there were loads of simple questions which I found difficult asking as a new starter, such as “where is the prayer room?” or “where is the closest mosque?”.

I was new to the team and I did not want to start off ‘on the wrong foot’. I was afraid of being ‘labelled’.

There was not much support available at the time. Within the first few months, I got to meet a few other Muslims that worked at GDS. The community was very small – I think it was about 5 or 6 of us. We had a few ideas about setting up a network but there didn’t seem to be a user need for it – we all knew who we were and we supported each other through direct messages on Slack and private channels.

As time went by, there seemed to be a growing number of Muslims joining GDS. We did not know who everyone was and a lot of people found it difficult (like I did) to ask the simple questions. This was when Arfah joined and she asked the same question that I had 2 years before: “Why don’t we have a Muslim network?”.

How we set up the community

Here are the steps we took to set up the Muslims at GDS community.

1. We started a conversation

We don’t tend to have conversations about faith. But to get a community going, you need to start a conversation. A simple message online can help you connect with like-minded people. And then you can start exploring the possibility of a community together.

There might be other opportunities to start a conversation too. For example, there might be a religious festival coming up. Bring it up with your colleagues, talk to your line manager, discuss the practicalities of what’s needed. Have a look at the Cabinet office faith toolkit for support.

2. We created a Slack channel

We created a channel on Slack – an online communication tool that everyone at GDS can access. We announced it widely, which allowed people to join if they were interested. We asked people to introduce themselves when they joined the channel.

3. We took the community offline

It’s as easy as picking a time and date and asking the community to meet for lunch. This will allow people to connect offline and bond over some food. It will also allow you to see who else is passionate about the community and may want to get involved in a working group.

As we kickstarted our community just before Ramadan, it made sense to organise a show and tell on Ramadan. Arfah did a talk on Ramadan and tech over lunchtime, to share her experience of fasting and the different tech platforms she uses to keep in touch with faith as a busy Muslim. We’re hoping to do a similar talk on Hajj (an annual Islamic pilgrimage to Mecca, Saudi Arabia, and a key pillar in Islam) and tech soon.

As Ramadan came to an end and we were celebrating Eid, we wanted to share the experience with our non-Muslim colleagues. Community work is about giving, and giving is also a value that’s intrinsically linked to our faith. We decided to organise a free Eid lunch, where everyone from the community contributed food from around the world. We asked for donations, which were then passed on to GDS’s partner charity – the Dragon Hall Trust. This was a massive success and really allowed our community to become more visible.

4. We created a basic structure

Three months in, we now have a basic structure which allows us to keep the community alive.

We have a working group made up of a handful of people who are really passionate about this work. We come together every 2 weeks to work on initiatives. We also have a Trello board to keep track of our work.

From September, we are hoping to host monthly lunch and learns for the community and the wider organisation. We believe that by doing this we’ll enable our community members to develop their confidence, share any expertise they have, and – most importantly – inspire other members by simply role modelling and being visible.

We also hope to offer our non-Muslim colleagues a chance to visit the local mosque and learn about what we do in the community.

Things to consider when working with Muslim colleagues

We thought it would also be useful to share some tips for anyone who works with Muslim colleagues. So, here they are.

It’s ok to ask your colleagues if they have any requirements when they join your team. Not all Muslims are open about their faith. It’s always good to have an initial conversation with new joiners to let them know they can talk about things if and when they need to.

If you have Muslim colleagues, think about making social events inclusive. Muslims do not drink alcohol, so certain environments can be difficult. Muslims also don’t eat non-halal food, so if the venue doesn’t provide halal food, make sure it has at least a vegetarian option.

There are usually 2 or 3 prayers that overlap the working day, and each of them usually takes 5 to 10 minutes to perform. This varies depending on the time of the year so ask your colleagues if they need a short break when meetings are longer than an hour.

On Fridays, between 1pm and 2pm, there is Friday prayer, known as Jummah. This prayer is obligatory for all Muslims so be mindful when scheduling meetings during this time.

During the month of Ramadan, not everyone will be fasting. If they are, try to make things more inclusive or be mindful about running events. If in doubt, simply ask them.

Different individuals are at different stages of their faith. Someone may not be practising when they join the team but may start to practice. So, make it easy for them to be open about their change in circumstances.

Check out the Cabinet Office Faith and Belief toolkit.