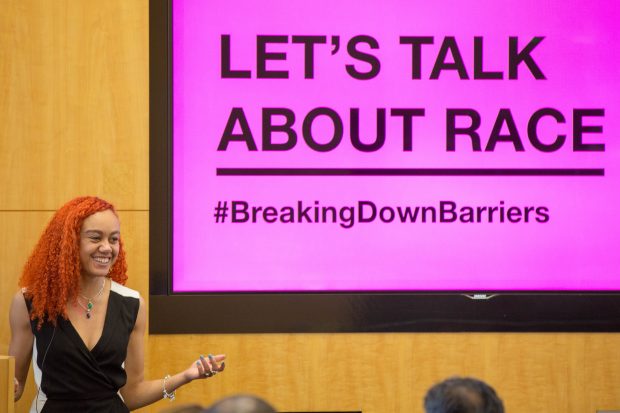 We want our teams to reflect the society we serve. An inclusive and diverse workplace will help the UK government work better for everyone.

The Civil Service has committed to increasing ethnic minority representation at Senior Civil Servant (SCS) level - the highest grades made up of deputy directors and above.

Currently, 6% of SCS identify as coming from an ethnic minority, with the Department of Health and Social Care (DHSC) recording the highest proportion at 13%.

We are determined to change this and we wanted to give civil servants the opportunity to tell us what will help them. So, we held our first Breaking Down Barriers event last month in London, specifically aimed at improving SCS representation in the Digital, Data and Technology (DDaT) Profession. 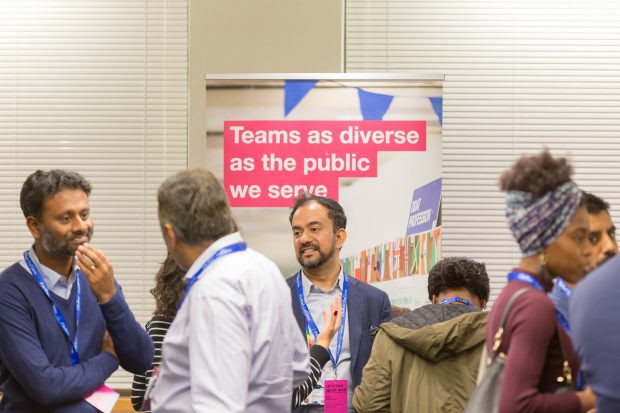 Attendees came from more than 15 government organisations including Department for Environment, Food and Rural Affairs, Cabinet Office, Ministry of Justice, and DHSC with representation from staff at all levels. We also had attendees from Parliament.

The event builds on the Let’s Talk about Race workshops the Department for Work and Pensions set up a few years ago.

What happened on the day

The audience was asked: “In one word, what is the greatest barrier to SCS progression for ethnic minority DDaT professionals?” The answers, as seen in the word cloud above, included 'culture', 'support' and 'confidence'.

The audience shared their experiences and we had conversations about what the Civil Service is doing - and can do - to help overcome obstacles to career progression.

The Government Digital Service (GDS) and the Ministry of Housing, Communities and Local Government (MHCLG) have mandatory ethnic minority representation on all interview panels. We want this to apply to SCS interviews across the whole Civil Service.

We aim to continue this work across the Civil Service in 2019 and produce materials that will support line manager capability training across the DDaT Profession.

Whatever your background you can be an ally. Allies help to raise awareness and encourage the change we all wish to see.

You can also join a network. For instance, GDS has the GDS BAME Network.

Or come along to the next Breaking Down Barriers event. It will be held in Spring 2019, and if you want to hear about the next event and what else we’re doing, please sign up to the Let’s Talk about Race mailing list.

All colleagues are welcome.

If you are a government organisation and want to set up your own Let’s Talk about Race event, please email ddatdiversity@digital.cabinet-office.gov.uk for creative assets.