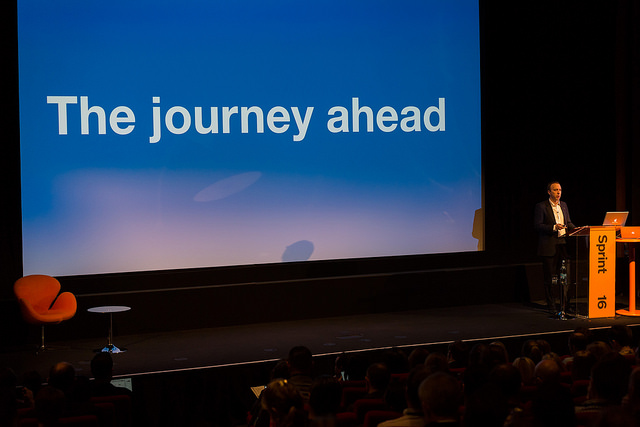 Back in February, our Minister Matt Hancock launched the Sprint 16 event with this message: "We're transforming the relationship between citizen and state."

That's the goal. GDS exists to help make that happen. Our job is digital transformation of government, and now feels like a good time to outline how we are going to do that.

How we got here

For our first four years or so, the strategy was simple: delivery.

We had to deliver, because decades of inaction and inertia in government had shown that starting with piles of paper and years-long IT contracts doesn’t work. Instead, we had to actually change things, and show how that change could be done well.

We brought in the Identity Assurance Programme, which became GOV.UK Verify.

And we took on what used to be G-Cloud, transforming it into the much larger and more ambitious Digital Marketplace, which has already reached £1bn of sales.

We showed colleagues in government and beyond what was possible by putting users first, and being agile.

We learned a huge amount, changed the approach as we learned, iterated the build, and moved on.

We learned that transforming separate, siloed services one-by-one will never be good enough, or fast enough.

We learned that government needs to rethink how it works, and what sort of people it employs.

And we learned that in order to make this big change - to transform the relationship between citizen and state - we need to collaborate. Everyone in government needs to work together.

Government has been ruled by silos for too long. Not just organisational silos, not even just technical ones, but silos of knowledge and experience that make service delivery more difficult than it should be.

So what does all that mean for our work over the next few years? People ask me: "What's the GDS vision, Steve?"

The short answer to that is: we want to help departments work together to transform government to meet user needs.

There are three themes underpinning that. They are:

Standards and assurance is about defining, and collectively agreeing, what good looks like. We intend to provide standards, policy, support, and guidance so that services and technology work effectively and consistently for the public and government.

Shared resources: this is government as a platform in action. We'll help departments identify the things that can be shared components, part of an interconnected ecosystem that they can use to quickly assemble services. Build once. Build well. Use everywhere.

The list of components is long and going to grow much longer. Things like Verify, the Marketplace, all the new up-and-coming platforms like Pay and Notify, the data registers, emerging design patterns — all of them are part of the ecosystem.

Doing all this work (developing standards, building shared resources) means that civil service must attract, develop and keep people who have the right skills.

We need to make it easier to get them in, by simplifying recruitment; and we need to motivate them to stay, by developing more flexible career paths and structures, and building the digital, data and technology profession within the civil service. It will be a valuable and powerful way of sharing skills and knowledge, and of maintaining some degree of institutional memory.

It’s not about computers

The important thing that's changing here isn't the IT, it's the people. It's us.

Ultimately, this is organisational change on a huge scale. In the longer term, it has potential to radically alter the structure of government -- not just the services it provides, not just the way it builds and maintains them, but the way it operates itself. Civil servants don’t often talk about upending the status quo, but I think we’d be fools to ignore what digital transformation really means, or to pretend that huge change isn’t inevitable. It is. It’s our job to manage how it happens. We’re not the only ones treading this path: look at what’s happening in Greater Manchester right now. There’s so much that everyone on that path can learn from everyone else, but only if we share the same values and the same collaborative spirit.

People are the catalyst for change. "The unit of delivery is the team," as we've said for years now. The team I'm talking about here isn't GDS, it's all of government. It's the suppliers we deal with too. Transforming government, together.

Overcoming fear of change - transforming government so that it embraces the change, rather than trying to avoid it - is the biggest challenge we face.

We collaborate because people need reassurance. They need that support. They need to know that someone’s got their back when things go wrong. That’s what we’re here for.

I realised afterwards that the reverse is true: everyone else, all the departments and suppliers we deal with every day -- they've got our back too.

They understand their users and services better than we ever will.

They know their users better than anyone. They are by far the best people to meet those user needs. 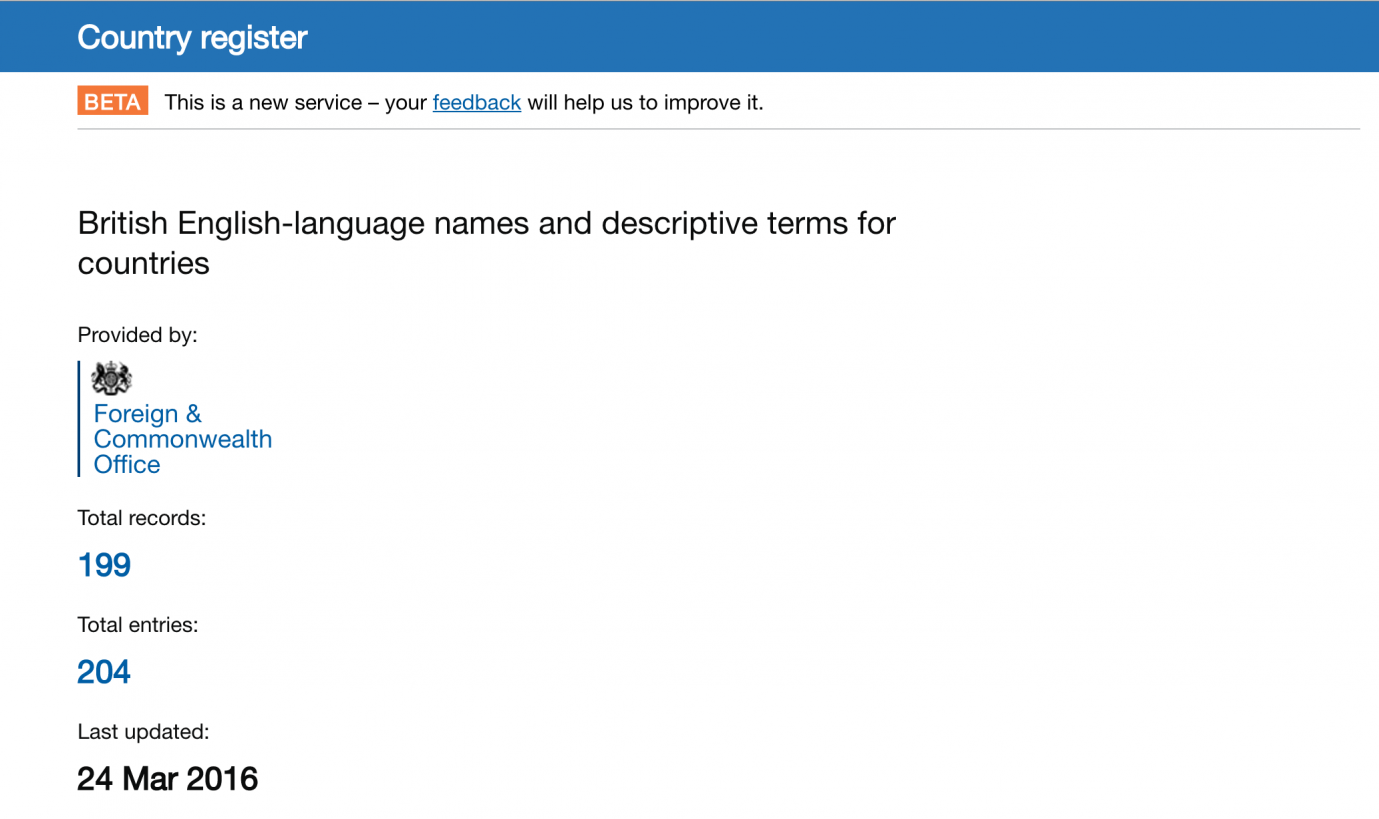 If you want an example of what transforming government together actually looks like, let me point you to the Country Register, announced by Alison Daniels from the FCO at Sprint 16.

To the casual observer, it doesn't look like much. But it's a big deal. It's the official, canonical UK list of countries, maintained and overseen by the Foreign & Commonwealth Office - the FCO's Tony Worron is the named registrar.

The Register Design Authority worked with Tony and Alison and others from FCO to get this register built, and built to the right standard. The register platform is a shared resource for government, and the FCO team used it to create a register, a new part of a wider ecosystem that everyone in government can benefit from.

The Country Register makes it easier for other government teams to build and run their services - the Petitions service is already doing this. It's one of those interconnected components, one small part of the ecosystem. It's one small step on the path towards transforming the relationship between citizen and state. One of the first steps of many, many more to come.