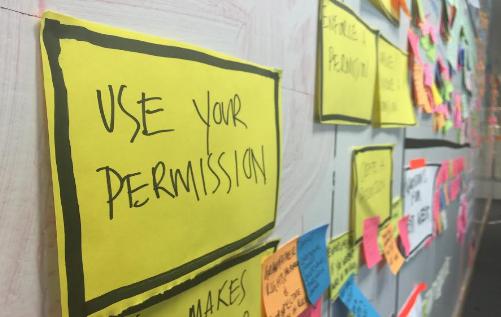 Together with some of our colleagues at agencies and departments across government, we’ve just completed a discovery about what ‘getting permission from government’ looks like now, and what it might look like in a world of government as a platform.

We’re not trying to create a uniform, one-size-fits-all permissions ‘system’. But, we are looking into how common frustrations and similar processes might be opportunities to bring consistency to getting permission for users, and ease of service delivery for government.

What do you mean, ‘permission’?

There are hundreds of  government ‘permissions’ written into our laws. Over 100 million permissions are issued each year.

Each one allows us to do specific activities that would otherwise be illegal e.g. drive a car, import chemicals, cross international borders, transport waste, look after children, sell alcohol, fish with a rod, and so on.

These permissions exist for a number of reasons, from collecting money to upholding a particular standard that keeps people safe, from protecting a natural resource or environment to regulating trade. However, more often than not users need to get several licences, exemptions or certificates to do one activity, like run a pub. These separate pieces often need to be completed in a particular order and are provided by different parts of government - meaning that users need to act as a government go-between to get permission for the activity they need to do.

Users who haven’t done that activity before often find themselves in a position where they don’t know if they need permission to do something or which permissions they might need, from where. At this point, they will often need to consult with someone who has done the thing before, or a paid expert to negotiate government’s technical terms or legal jargon on their behalf.

Changes to the rules of these permissions can also have an impact on their lives and businesses -  something that users often aren’t aware of until the change has been made.

We think that the ways government gives permission could be better for users, and cheaper to provide.

Our team (part of Agency Transformation - see Felicity Singleton’s post), have been asking the question ‘What does a good permission look like?’.

What we learned in discovery

We’ve spoken to people needing permission to do a broad spread of activities (such as childminding, running a pub, driving a car, buying a fishing boat, selling caviar, getting a job in security) in order to understand where there are similarities and differences in the way they understand ‘permission’ as well looking closely at the ways that agencies across government process and issue permission.

So far, our discovery has revealed two things:

This is where government as a platform comes in

Among other things, we’re focussing on six main areas of improvement:

We are gradually widening the debate and testing our ideas. Recently we held a Show and Tell for the agencies involved in our discovery work. The feedback was very encouraging. The big question for everyone was: ‘What would this look like in reality?’. And that’s what we are working on next.