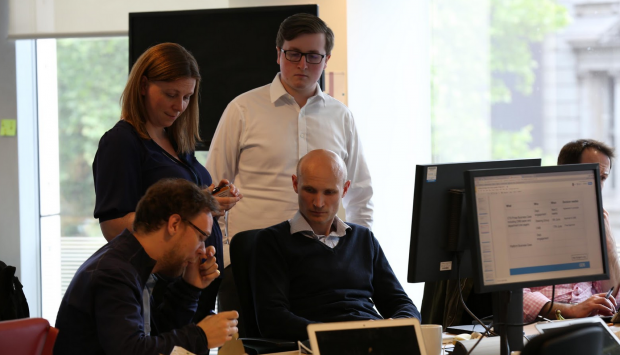 Back in March, just before the pre-election period began and, like the rest of the Civil Service, we had to keep quiet for a while, Mike Bracken wrote this post.

He talked about the next stage of digital transformation - government as a platform:

We’re working with departments to unpick what platforms will have the most impact, both for users and in terms of the cost to government. In particular we're looking at how we'd start building high-priority platforms, how to speed up the roll out of better technology for civil servants, and what platform services could do to improve the way departments and agencies work. We’re also starting to build prototypes.

Today, I want to tell you about the work we've been doing to put all that talk into action.

You've probably heard that old saying: "measure twice, cut once." Anyone who's ever done a bodge job of putting up a shelf in the kitchen knows exactly what I mean. Before you start doing a piece of work, it makes sense to get the preparation done right.

That's what this work is all about: preparation. We're laying the groundwork for government as a platform, making sure we have an excellent understanding of what's needed, where, and to what extent.

This work is divided into four streams:

Within each workstream, there are several project teams working on different prototypes.

We have a rule here, which you’ve probably heard us mention before: show the thing. It means show your work. Don’t just talk about new services, show them to people with screenshots or demos or alphas.

I'm not going to list all the prototype and discovery projects here, because there’s a lot of them.

But you’ll have a chance to find out about all of them in the coming weeks. Each team will be showing the thing, writing posts on this blog to document what they’re working on and what they’ve learned so far.