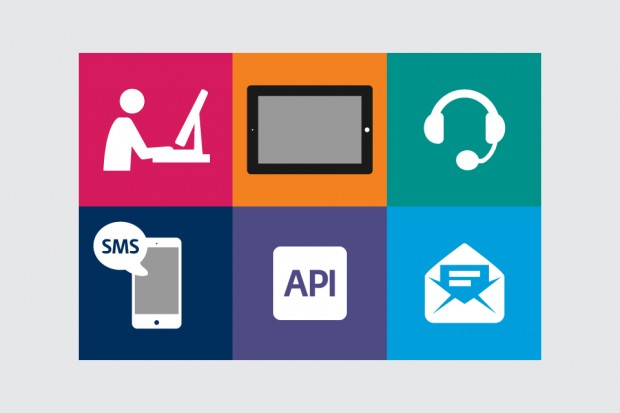 Last November, HMRC published its digital strategy. Among many other things, it said:

That digital tax platform is an essential component that’s helped HMRC’s new digital team (mostly based in Newcastle, with a few in London) put together 3 services which, just in this last week before the start of the pre-election period, passed their Service Standard Assessments to go live.

Your Tax Account makes paying tax much simpler. More like paying your gas or electricity bill. It shows you a dashboard page that summarises everything in one place - what your company owes (or perhaps is owed) and when it needs to be paid. Click a link to pay there and then. It will save time and money for millions of small business owners across the UK.

Digital Self Assessment is one of those services (a bit like Register to Vote) that’s so quick and simple to use that people can be forgiven for thinking “Is that it?” It’s a simple idea - you provide HRMC with an email address, which it checks is valid by sending you a confirmation message. Once everything’s confirmed, you’ve gone paperless. Instead of being bombarded with paperwork, you’ll be sent emails. Everything will be stored for you online. The service sounds simple, but that’s because the team has done the hard work to make it so.

The PAYE exemplar is similarly helpful. Anyone who’s ever driven a company car will know the pain of having to spend ages on the phone to HMRC, sorting out all the tax details that arise. That pain’s gone now. Now you just provide information (such as details about you and the car you’re driving) and the digital service does the hard work for you.

All 3 services are fantastic examples of our eighth design principle: build digital services, not websites. With the tax platform doing a lot of the hard interconnecting work behind the scenes, each of these services is built on top. It’s a microcosm of the Government as a Platform future that we’ve already begun to build: platforms provide scalable, sharable components that service designers can use as tools.

Leading HMRC through all this change are Chief Digital and Information Officer Mark Dearnley and Chief Digital Officer Mike Potter. Anyone who’s seen Mark speak (I saw him most recently at Sprint 15) will know that he has an infectious energy about him. When you ask him about the work that’s been done, he says: “The team has delivered great digital services that large numbers of customers are already using. They have also created the foundation of Digital Tax Accounts that will grow in capability over the coming months and years.”

Creating foundations. That’s what platforms do.

I’m delighted by the success of these exemplars, but it’s the structural reform of our tax system which they help enable which pleases me most. HMRC has always been the leading Government department for digital transactions. It crossed the rubicon some years ago by working with software vendors to accept transactions through intermediaries. Yet like any large organisation with a hefty legacy and complex policy arrangement - and there really is nothing as complex as our tax code - it runs the risk of codifying this complexity into its operations and software. HMRC naturally fell into this category, feeling a little like a fortress to others in Government.

Now it has begun a new phase of development, centered upon agile development of services. These exemplars have all been built in an agile way, using technologies including Scala, Java, and MongoDB. The multidisciplinary teams made up of technical and business resources depend on massive amounts of user research, and the exemplars have been through several iterations in private and public beta. The organisation is changing: HMRC is sharing code on Github. Mark’s being written about in Wired magazine. This is not the HMRC of old.

With this level of transactions, it is impossible for any Government agency to claim the agile approach does not scale or is unsuited to transactional services.

These exemplars and the systemic changes they have introduced lay the ground for genuine cross-Government platform plays. HMRC content is one of the biggest sources of traffic to GOV.UK; it successfully piloted the use of Verify for identity assurance for some early adopters in this year’s self assessment peak in January, and you can see a huge amount of tax related data on the performance platform. This commitment to platforms, combined with a new architecture for its services, means HMRC will be able to play a key role in Government as a Platform in the next Parliament.