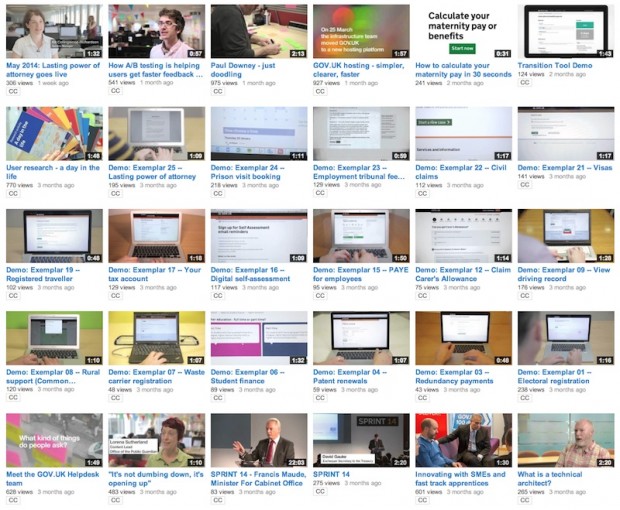 We've made quite a few films in the last year or two.

Recently, a few people have got in touch to ask how we do it. The long answer to that is very long.
We could write a whole manual on it (and perhaps one day we will). The short answer is much simpler, and it starts with keeping things simple.

Almost everything we shoot is indoors, usually in an office or a meeting room. We don’t book studios, hire actors, or seek out unusual locations.

The vast majority of our films are made from interview footage edited down to the very best bits. We get good results from simply asking people to talk about what they already know. We don’t always write a script or a storyboard. When we do, we keep it very short.

When we add extra stuff like animated graphics, photography or cutaway shots, we keep them simple too. In demos, we show the thing we want to demo. In other films, we show the people and the environment they work in. It’s good to focus on people - that’s the best way to tell a story and keep viewers interested.

We don't always make a film

That's why the first step is always to ask the question: Do we need a film? The answer is "No" more often than it's "Yes".

Films are good for explaining ideas, showing new digital services, or introducing teams or the people who make all the good things happen.

We do always make a plan

Before we pick up a camera, we make sure we know:

We have a rule: no films longer than 2 minutes. If we can't explain it in 2 minutes, it's probably already too complicated. There are occasional exceptions, but they're rare and only allowed to be longer if there's a good reason.

Each film does one thing. It might demonstrate one service, or introduce one team, or explain one particular point. If there's more than one thing to explain, we'll make more than one film.

We use a microphone

The one thing anyone can do to ensure good quality sound is to record it with an external microphone, not the one built into the camera.

We use decent kit

We don’t spend a lot of money on equipment, certainly not compared to photographers and filmmaking professionals. But we do make sure we buy decent kit. The essential items are:

The complete kit list is longer, but still small enough for one person to carry on a bike - which is quite often how it gets transported around London.

We work as a team, sharing roles (camera operator, sound recordist, producer, director, interviewer, researcher, writer, animator) between us, and very often doing several of them at once. Most of the time, we do all of the work on a single film with just two or three people.

That's just a summary. We could go on for hours about the details. There’s lots we can share about composition, camera operating, ISOs, codecs, embed codes, editing software, interview techniques, and more besides. In future blog posts, we might do just that.