As Product Analytics Lead at the Government Digital Service, one of my interests is how effectively people are finding government information and where they are finding it.

I recently read the post on Government in the Lab; Social Media Drives Five Times As Much Traffic To Australian Government Sites As Online News Media.

So what’s happening in the UK? A similar review is timely, with the development of the Single Domain for government and the need to make current and potential audiences aware of changes and what’s on offer.

Standard reporting in Hitwise provides 13 months of data, so I can only give a snapshot, rather than a longer trend. 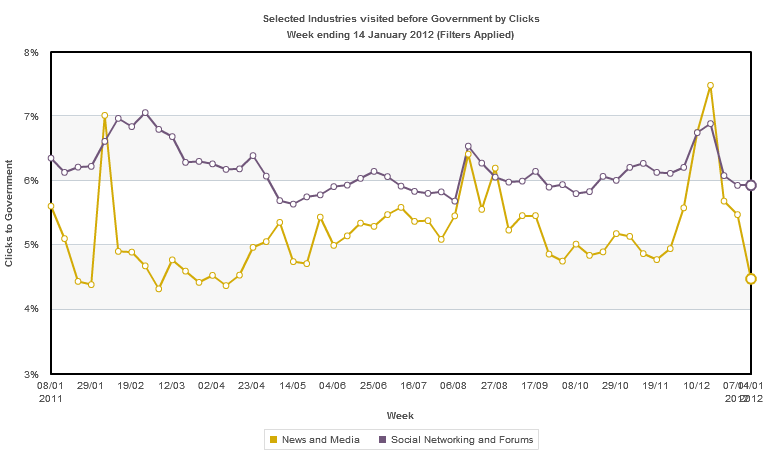 For all UK government sites, social media has been a stronger source of traffic than news and media sites, but not to the same degree as in Australia. There are three occasions when news and media overtake social media, notably December 2011, but there are different patterns across segments within government and for individual sites.

For central government sites, news and media referrals remain strong against social and there’s something about December that makes news strong. 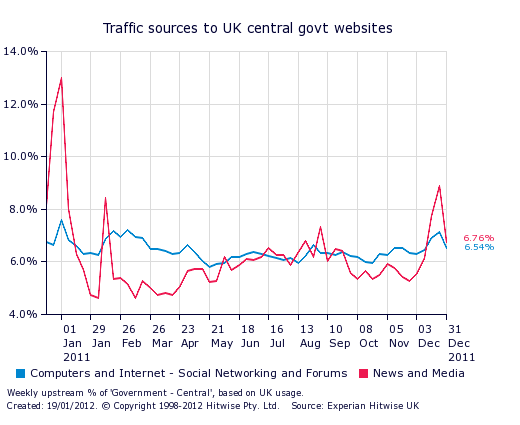 For local government sites, social performs much more strongly than media, but both follow a similar pattern through the year, with a spike in December 2010 (bad weather, perhaps) and August 2011. 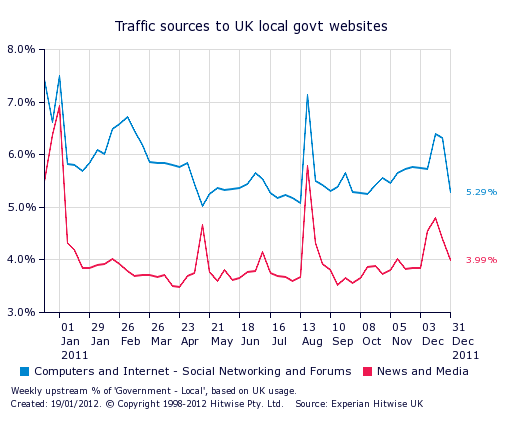 But how do social and news compare on some individual government properties?

For Directgov and Businesslink.gov.uk, social strongly outperforms news, and referral traffic levels are quite consistent through the year. 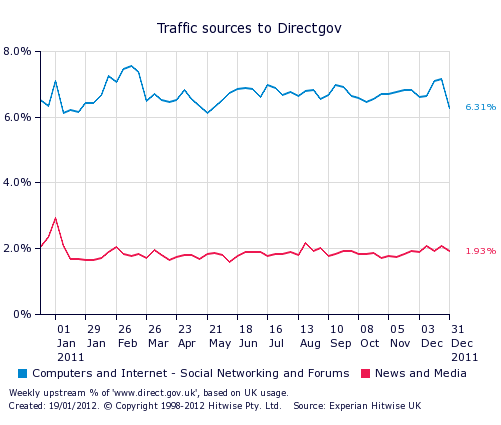 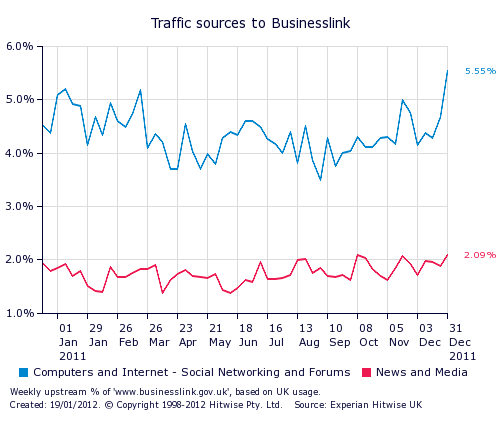 Departmental sites, perhaps not surprisingly, have relatively more traffic from news sites. BIS shows much more fluctuation and periods where news performs strongly and weakly. For the Department for Education, news and media beats social throughout the year. For both departments, no doubt the news referral spikes are related to big departmental events. 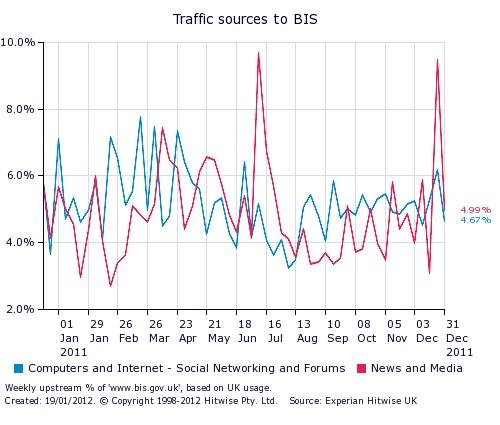 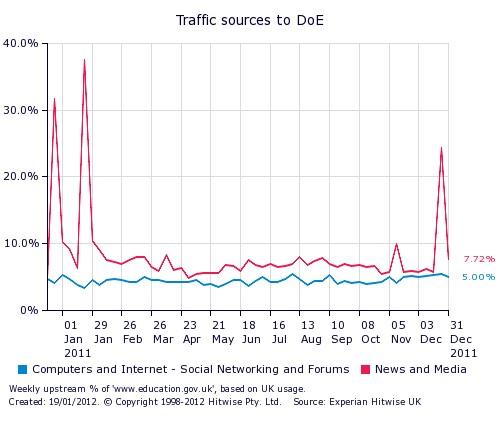 So are there any take-aways from this brief analysis? I think there are. 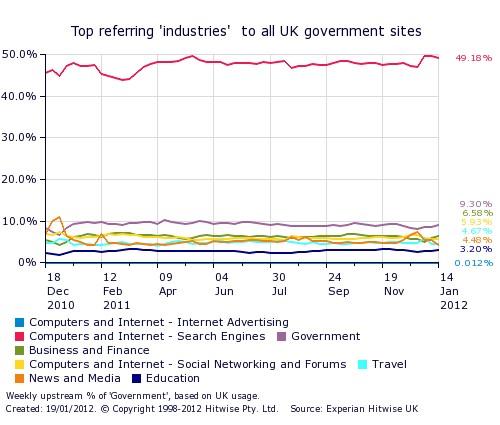 Peter Jordan is Product Analytics Lead at GDS. The connecting thread in what he does is connecting people and information. Pre-digital, he managed conferences, study tours and adult education courses. Now he works on getting people to the information and services they need, through understanding intent, digital analytics and search analytics, content strategy, search and social.

He blogs occasionally at http://infoneed.wordpress.com/ and is on Twitter at @peterbjordan