At GDS, you will repeatedly hear that meeting user needs is the defining principle behind GOV.UK. There are a number of data sources that help us design and iterate the products we are building, including data from internal systems.

Rather than hide this data in spreadsheets or on individual machines, we have set up a number of screens that everybody in the office can see. It’s fair to say we've become mildly obsessed with surfacing tactical information about our process and running software. These dashboards and information radiators help anyone walking past know what's going on and help us to react to problems quickly.

Many of these have been built by individual developers during lunchtimes, at home or while travelling to the office. They are also perfect places to experiment with different technologies too, so far we have custom dashboards built in Node.js, Clojure, PHP and Django. We're also using existing open source tools which have built in dashboards like Ganglia and Graylog2.

Now that the GOV.UK beta is live, these screens have become massively important, allowing us to react to problems before they become serious. Just as importantly, in our mission to meet user needs, we can see how the site content is working. I'm sure we'll add more too as other challenges arise.

The editorial effort on the project has been huge, and these helpful dashboards helped our editorial colleagues know how the overall writing process was going. Built using PHP by Dafydd Vaughan. 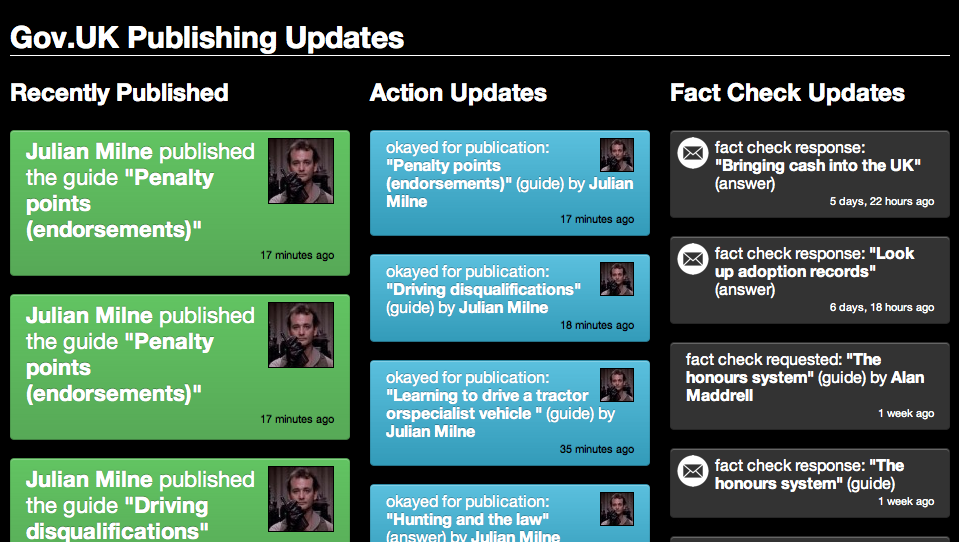 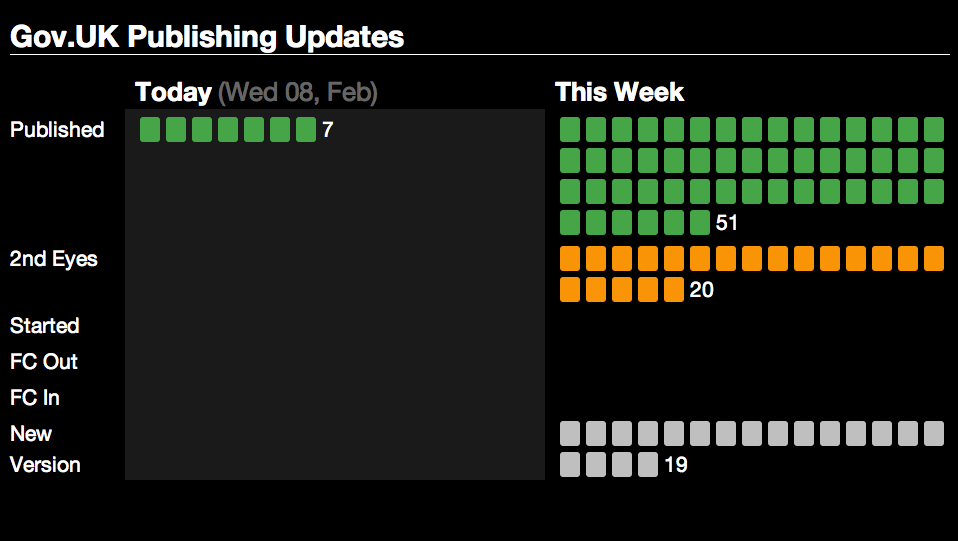 We're releasing updates and fixes to the various parts of the site regularly. This dashboard lets us see what has been released and when. Built using Clojure by Gareth Rushgrove. 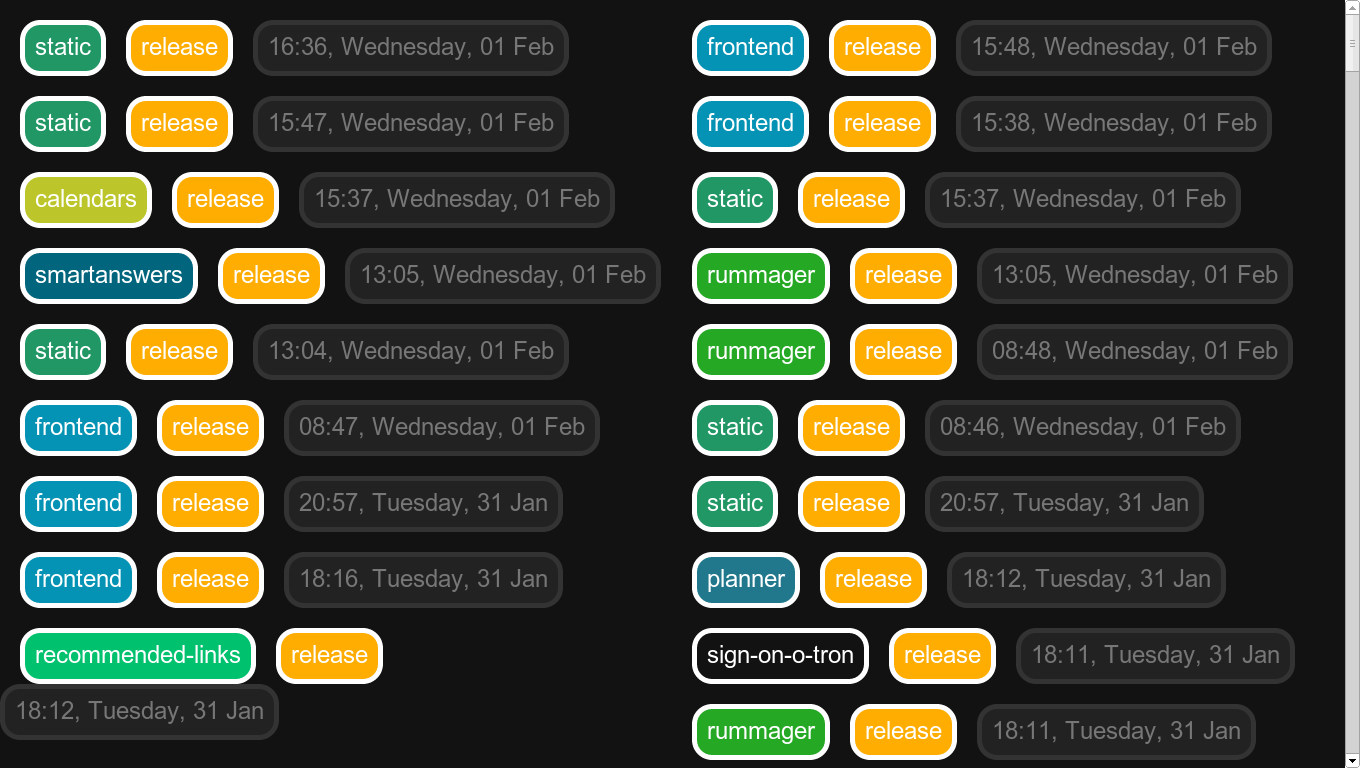 We have a number of active monitoring checks to show that all the applications that make up GOV.UK are working correctly. This dashboard gives us the high level status of all our applications quickly. Built using Ruby by Gareth Rushgrove. 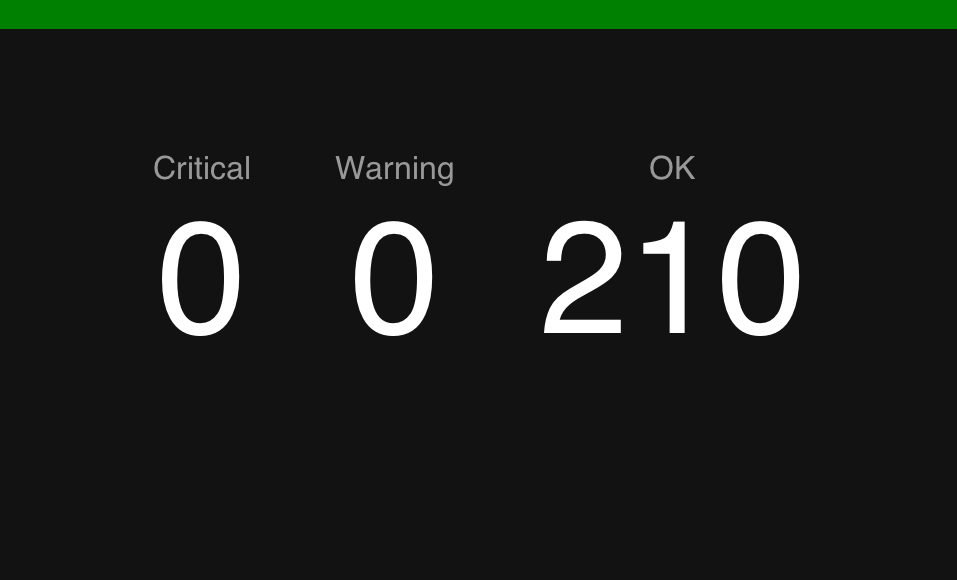 We make extensive use of Jenkins for both automatically testing our software during development and for various other adhoc automation tasks. This dashboard shows the build and running status of the jobs. Built using Node.js by Paul Battley. 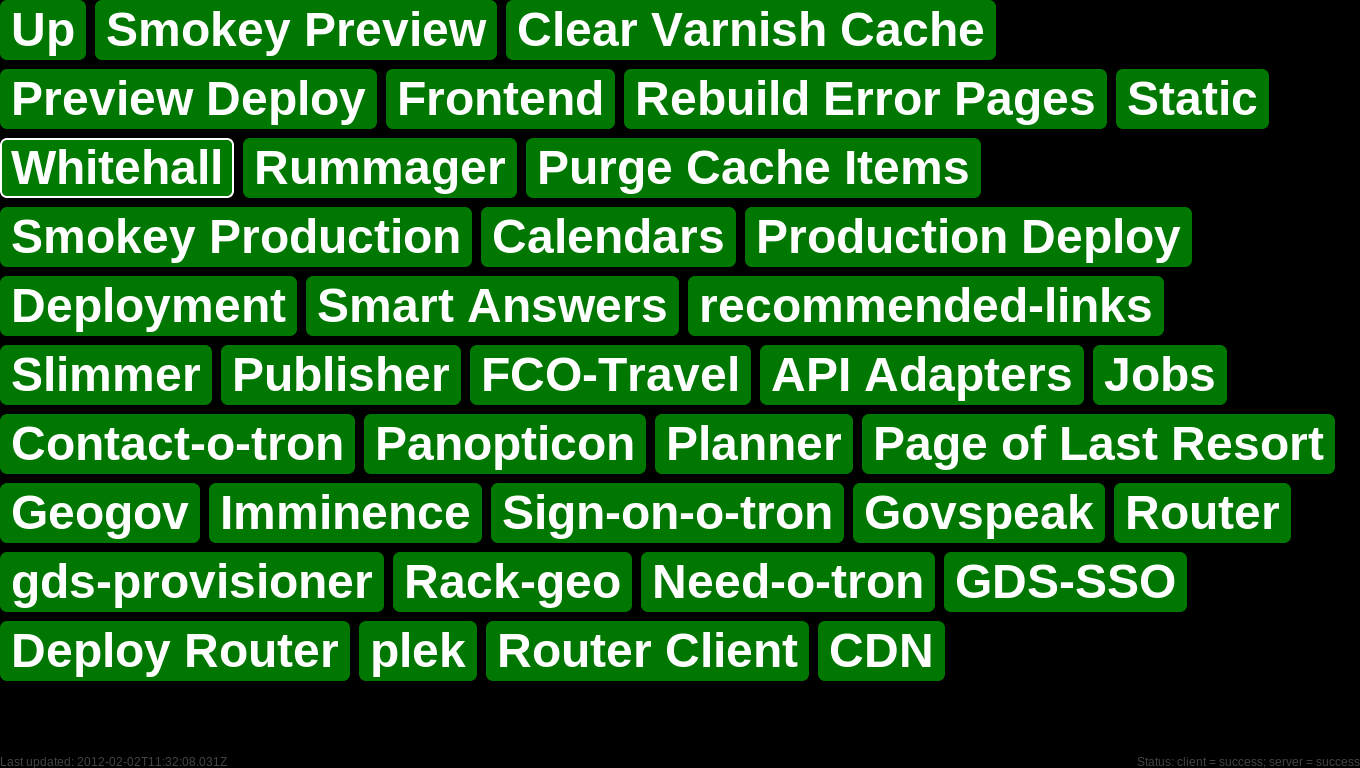 We used Pivotal Tracker and GitHub as part of our development process. This dashboard pulled some of the key data from those two sources and displayed it on one screen. Built using Node.js by Jordan Hatch. 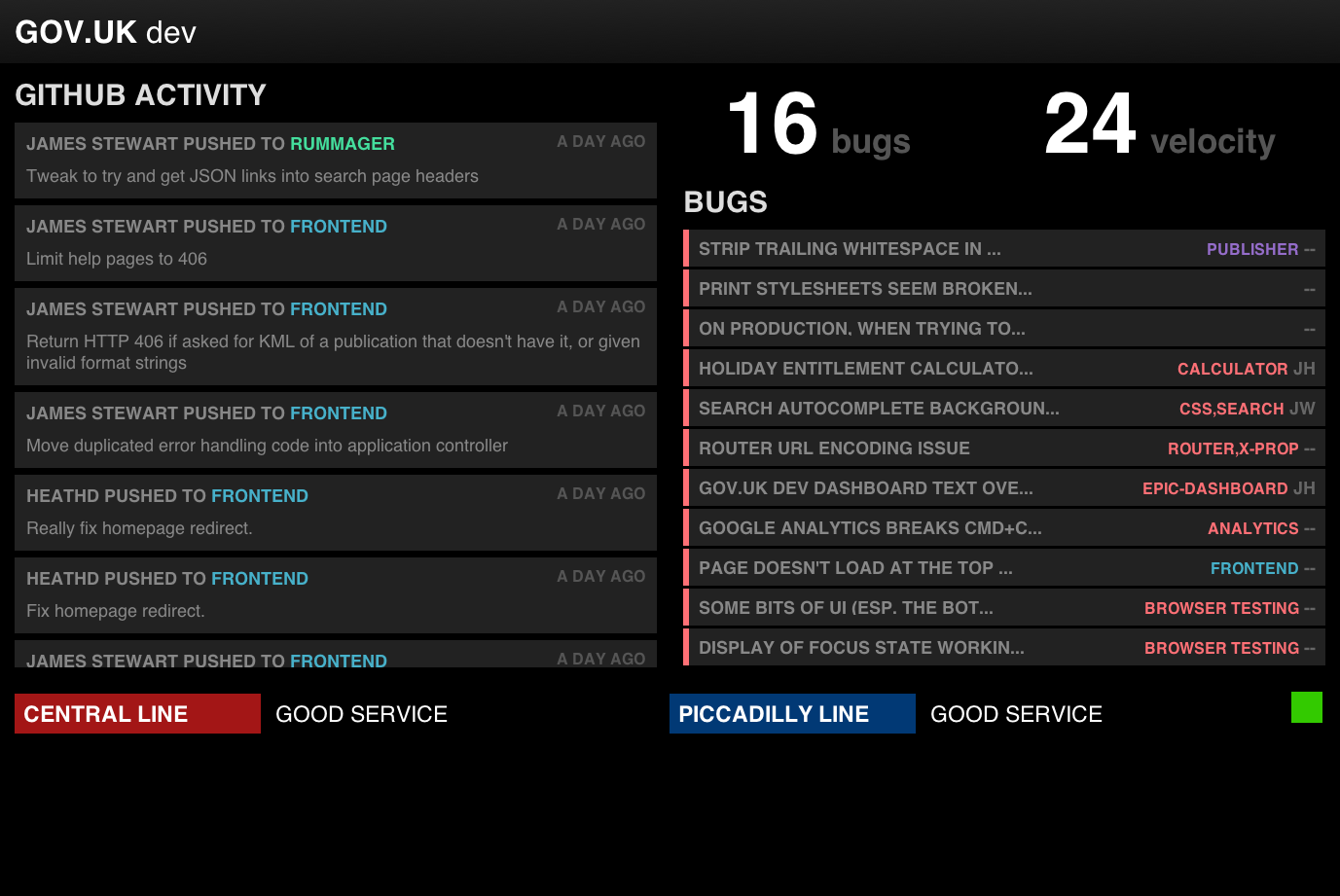