We’ve been running a Women’s group at GDS for a year now. I wanted to share why we do that, what the group has done so far, and what we plan to do next. 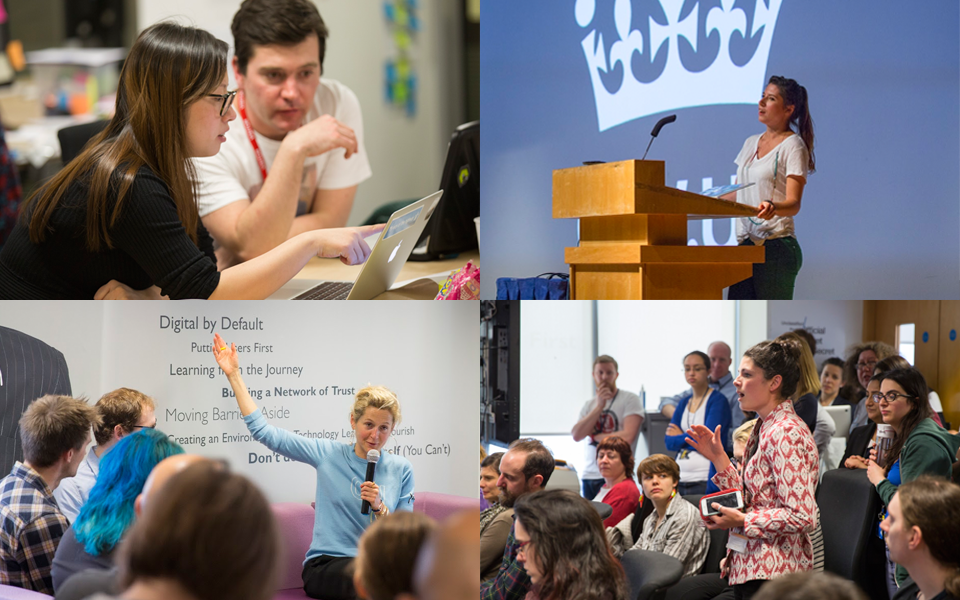 It’s not just for women

The Women’s group is for everyone, irrespective of gender, who cares about having an equal and diverse workplace – but that’s not a snappy and concise name for a group. So we're calling it the Women's group.

Having an active and supported Women’s group can help make GDS a better place for everyone to work. Issues that affect women don’t just belong to men or women. And, whilst the group may have been set up originally to provide a safe space for women to discuss their experiences, our actions haven’t been limited just to the women in the organisation.

GDS is still only a few years old, and has seen a lot of changes during that time. We faced some of the same problems that many tech start-ups face - including working so hard to get the job done that we didn’t always focus on promoting an inclusive culture.

People who were naturally more confident and more assertive thrived, but people who prefer to take time and collaborate could be left out. The Women’s group was formed as a direct response to this, and its aim from the start was to make GDS a more inclusive place to work. We’ve been empowered by our senior team and by whole organisation to make recommendations for change, and we’ve always been listened to and strongly supported.

The Women’s group works closely with the management team and our operations group to improve our culture and make GDS a more diverse and equal workplace.

We started last year with 5 objectives:

So far, with help from colleagues across GDS, we have started as we mean to go on.

We all have unconscious biases that impact our choices and decisions. Most of the time they’re harmless, but understanding your own helps you to spot when you’re making a decision based on logic, or if you’re being lead by bias.

Members of the senior team are mentored by a junior member of the Women’s group. This helps managers find out what people outside of their usual sphere think about working at GDS and opens up lines of communication.

We published our parity pledge on International Women’s Day

We committed to send more women to speak at events, and not to send speakers to events where the organisers aren’t working hard to improve the speaker diversity of their event.

... for everyone at GDS no matter their seniority, skill, or experience.

And we've increased the pool of women who feel confident conducting and chairing interviews by running training sessions. Teams can contact the group if their panel doesn’t have a woman on it and get a volunteer, who in turn learns about a different area or role in GDS and gains confidence.

The GDS executive board have published their objectives, and each included one on diversity

We’ve pushed for hiring of more permanent civil servants instead of Fixed Term Appointment (FTA) contracts, which can put women off applying and impacts maternity leave.

We linked up with the GDS LGBTQ+ group

We want to support them with their events and communications.

We’re constantly looking for ways to improve. We hold open workshops every six months to work out the next set of objectives.

We’re training up members of the group to facilitate these sessions.

Improving how people find out about working here, looking again at what events we should be speaking at, and how we write job descriptions that don’t put women off applying.

This includes interview, presentation and public speaking training, and finding more opportunities for women to speak and develop their skills. We take our pledge very seriously, so we want to build a network of women to talk at events, and encourage senior men to step aside and promote other people to speak on their behalf.

This is so that girls can get experience of Science, Technology, Engineering and Maths (STEM) jobs at GDS and learn from the women who work here. We’d like to roll this out across government too.

It doesn't take long to make a change

When we held our first workshop 14 months ago, concern about culture was the number one issue that people wanted to tackle. We’ve worked hard to find ways that we could improve things for everyone. In April we held our third workshop and saw only one sticky note on the wall that talked about a problem with culture.