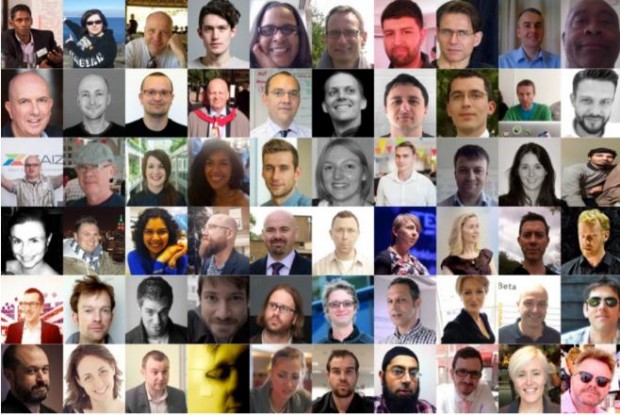 GDS has always had a good relationship with the people at the Carer’s Allowance Unit in Preston. Allon and I estimate that around 50 GDS-ers were involved to a varying degree in that particular exemplar.

What we found when we visited this time was encouraging. The team is a tight unit, supporting each other and getting on with delivering a great service to their users.

Football pundits the world over say that successful teams need a strong spine with hard working wingers. Well to stretch that analogy a little, the team at Preston (the Carer’s Allowance team that is, not Preston North End) have a great central “spine” of Adam (Product Manager), Jo (Delivery Manager) and Ali (Business Analyst). These three know the service inside out and are ably supported by the defensive pairing of Ian and Don: nothing gets past their web ops setup.

The front end developer used to be provided by a supplier. However, this role is now being performed by Ian, a civil servant who has been with the DWP for many years. Last year Ian signed up to the DWP’s trainee developer programme, and look at him now. Front end developer on the Carer’s Allowance Digital Service. Proof that bringing services in-house is providing great career opportunities for civil servants.

And there’s Kathryn - who was there right at the very beginning - and Michael, two vital people from within the Carer’s Allowance Unit who tirelessly work the channels between the digital team and the Unit. Indeed Michael, like Ian, has re-trained and is now a user researcher.

Everything ultimately goes to Ray the QA for that crucial pass. Ray ensures that everything released to the user is, well, quality.

The top football teams now all make extensive use of analytics. At Carer’s Allowance, this attention to detail is provided by Dave ‘analytics’ Bower. The tacticians who come up with the insight for the next game (sorry, sprint) are Ali and Michael.

And of course, a good squad needs rising young talent to step up when the superstars move on, and here Carer’s has Henry, the fast streamer whom we all predict will be a fast riser. Henry is learning to be a web ops guy.

Carer's Allowance was the first DWP service to go onto GOV.UK as a public beta. Then in October 2014 it became the first digital service from that department to be accredited as live service. And it continues to break new ground. Much of the technology it uses was new at the department and it was the first to engage and set up cloud hosting.

There are a number of significant achievements that the team in Preston have made to date. And perhaps the most significant is that over 360,000 carers have had their lives made just that little bit easier due to the improvements to the service. But that’s not all.

Despite the reduction in ineligible claims, the number of claims to the unit have increased from 5,000 to 7,000 a week. Yet the DWP has been able to reduce head count in the Carer’s Allowance Unit by 11% due to the efficiencies brought about by the digital service.

A staff survey showed that 91% of staff at the Carer’s Allowance Unit in Preston preferred working with digital claims as opposed to paper submissions. A key factor here was the introduction of an agent-facing function last year. Since then staff have been able to process 10,000 cases more per quarter, resulting in quicker service to users.

The printing and distribution of a paper claim pack costs £3.92. Use of the digital service has cut print runs, resulting in savings of over £300k so far this year. When digital take-up reaches 80% this will result in savings of around £1m a year.

25% of all calls from paper claims are from people asking if their claim has been received. The digital service, however, has recently introduced automatic email confirmation of receipt. This has saved over £60k in reduced customer contact.

The digital service collects all of the information required to process a claim. Paper claims require follow-up calls where customers do not provide required information.

Take-up has risen from 55% to 67% since November and the team continue to aim for an even higher rate.

Continuing to do user research and listening to users’ needs means more people are able to succeed first time. The completion rate has risen from 61% to 83% in last 6 months.

Continuous iteration has seen completion times tumble from 39 minutes to below 25 minutes.

As product manager Adam said in a recent blog post, just because the service is live it doesn’t mean that the team’s job is done. Early next year the backend system will be re-platformed enabling the digital service to integrate directly with the carer’s allowance computer system. This will then make it possible for the team to introduce “straight-through” claims processing. This will mean that simple claims will potentially go straight to payment, leaving staff free to concentrate on more complex cases.