Last December we asked for your help in selecting the standard formats for documents produced by the government. We published two challenges on the Standards Hub - challenges are problems that open standards might help to solve.

Publishing these on the Standards Hub means that we can be transparent about how we select standards and be open to ideas from the broader standards community, implementers, suppliers and users.

Thanks to you, we have received some great feedback on standard formats for documents.

As well as hearing from you through the Standards Hub, we’ve also been conducting a parallel discovery project involving internal government staff, citizens and businesses. This has helped us to learn more about how people use digital information. So, here’s an update of what we’ve learned from them so far and what will happen next as we work towards reaching a conclusion on the document format challenges.

As part of our parallel discovery project we have:

What we learnt from people inside government

Our interviews showed us that some of the things we expected to find about users’ behaviour were correct, but also added insight about things we hadn’t considered. So far, we’ve spoken to people in 10 different departments, including staff who work in IT, statistics, finance, legal and human resources teams. We learnt about some very specific user needs relating to the type of information people work with, and have been using this to help develop proposals about which standards we should use. 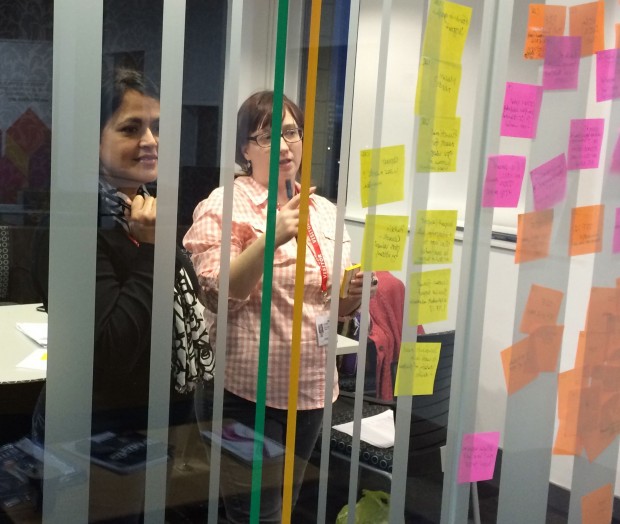 For example, people working on policies, guidance documents, and publications in general, tend to work with multiple documents at a time; often needing to be able to exchange documents internally and to collate feedback from different sources.

Staff working on government statistics may need to release data to the public and export the data they manipulate within specialised software into more common formats that can be used by any audience.

When it comes to accessing, collating and sharing information, unfortunately these tasks don't always go smoothly. Occasionally people can't open files created by colleagues or by people outside government. Sometimes the content gets corrupted and can't be read properly. Government users are telling us that when they do encounter these problems, they are mostly due to a lack of consistency in the formats used to save or export documents. This means people have to find alternative routes to read these documents or to get the correct formatting; a cause of delays and frustration.

What we learnt from people outside government

The feedback we received from people outside government showed similar results. We received 650 responses to a survey of users who viewed, downloaded or edited government documents available online, including professional users such as business owners, lawyers and accountants.

We asked about problems with viewing, downloading, opening, reading, editing or submitting government documents. In about a third of these cases, respondents said that they had issues sometimes or often.

Where users have problems, they often cite issues with internet connectivity or not being able to read documents properly. For example, sometimes documents won't open, or some of the text is missing or overlapping. Some of these problems are due to format incompatibility and occasionally users have had to call, email or visit government offices in order to obtain the documents they need in a format they can access.

Access to government information is made easier by an ever-growing amount being made available on web pages rather than in downloadable documents. However, some users currently need downloadable information. We need to provide formats that users can work with.

Based on this research and the feedback we received through the Standards Hub, Stephen Kelly, who is leading this work, has now published proposals about which document format standards are being considered for use in government:

If you want to know more about what happens next, you can read about how we select open standards. In the meantime, if you have a view on the proposals, you can give us your feedback through the Standards Hub until 26 February.