One of the first pieces of work I did at GDS last year was to create icons for different types of content on GOV.UK.

The icons (appearing as they did in various different guises) have been a part of the site since the alpha back in 2011, but this month we've removed them.

This post provides a bit of background on why we've made that decision.

The role of iconography on GOV.UK

This is the full collection of icons originally used across GOV.UK and Inside Government.

The original reason for having the icons was to provide a handy reminder of the different content formats. Each icon was intended to help users recognise the type of page they were on and to give them a cue as to what experience they should expect - and that they'd act as a reminder of that experience next time they visited a page of the same type.

Our agile approach to design means we work with the best information available to us at the time. We had no user data to work from when we first introduced the icons, so we based our decision on our judgement of what felt right.

However, over time and after lots of user testing sessions it became apparent that they weren't achieving the intended result. Users would often click on the icons, thinking that they'd "do something".

There's also been no direct evidence that they make pages (and how they are used) more memorable.

In short, we've gone from doing what we thought was the right thing to do, to testing how real people use the product.

Subsequent user testing also showed us that some of the page layouts (in particular, for guides and their navigation) weren't working.

This led us to reconsider the visual design of the site to see what improvements could be made. As part of this iteration we made the decision to retire the icons and to bring in the stronger, bold typography.

These changes - along with other subtle layout changes (again, based on testing) - also helped bring the site more into line with other areas like Inside Government, the service manual and the design principles. 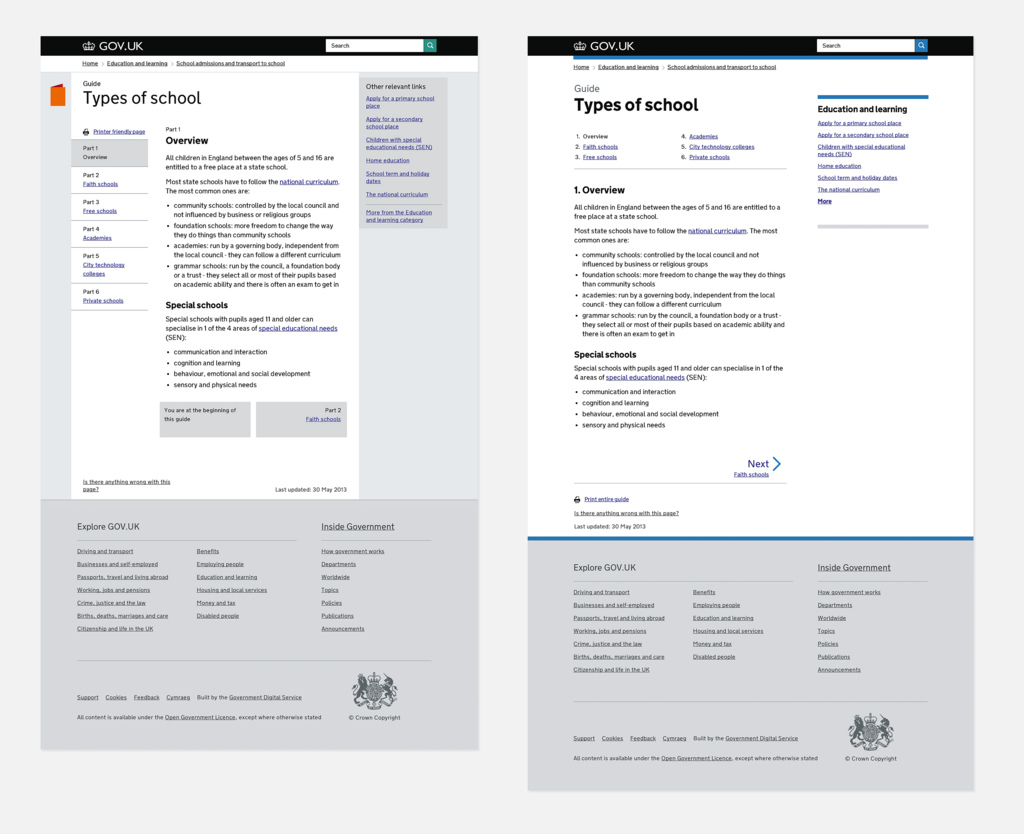 So far these design revisions have received positive feedback in user testing.

What this reminds us

As designers, we cannot be precious. The users of GOV.UK come first and we mustn't be afraid to undo previous work. Sometimes it's an essential part of the design process.

As Ben Terrett said about design at GDS in his post early last year:

"We won’t get it right first time round. We'll be putting stakes in the ground."

The whole point of user-centred, iterative design is that those stakes must move to suit the user. In this case those stakes are the icons.

It felt fitting as the illustrator of the icons that I also got to rewrite the CSS to retire them.