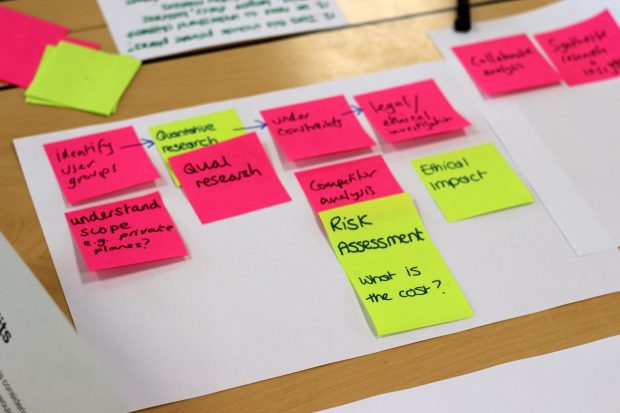 The functional model was introduced in 2015. This model organises government into 14 different functions to help to join up experts, align processes across departmental boundaries, and reduce duplication of work.

What is a functional standard?

The functions represent priority areas of common, cross-departmental activity which require central leadership. These include areas such as human resources, debt, analysis, project management, legal, and for us, digital.

To support the functional model, every function has written a standard that describes, at a high level, what they do and why.

These are standards to guide people working in government. The government is trialling them during 2020. They exist to create a coherent and mutually understood way of doing business within organisations and across organisational boundaries. They also provide a stable basis for assurance, risk management, and continuous improvement.

By setting and assuring functional standards, a function defines what organisations need to do, and why. Functional standards are not about setting new expectations, but about bringing together and clarifying what you should already be doing.

Functional standards should help you to:

What is in the Digital, Data and Technology Functional Standard?

The standard sets out how government should use digital, data and technology. This will make sure that government provides the public with quality digital services and that departments have the correct tools and infrastructure to deliver their objectives.

The Digital, Data and Technology Functional Standard codifies what government should be doing and simply ties together all of the current standards and policies we already have. Sometimes that means stating the obvious things that organisations do not usually write down.

GDS already has a number of standards that it's spent a lot of time developing. For example, government uses the Service Standard to assess digital services and the Technology Code of Practice in the spend control process. GDS and CSG designed the functional standard to fit in with these well-established standards.

The aim is that, taken altogether, the full suite of standards will provide a clear explanation of all the common functions of government. They do not go into detail like technical standards, which makes them useful introductions to new staff, particularly senior leaders who are new to government.

Understand what you need to do next

You should use the Digital Functional Standard to find and implement any gaps or changes in your current processes. Some areas are compulsory, but you should consider how to meet the recommended areas as well.

There will soon be a centralised page for all the functional standards and related guidance.

GDS has shared the Digital, Data and Technology Functional Standard with the DDAT Functional Leaders Group and the Technology and Digital Leaders Network. These groups will make sure the standard is shared across government. GDS also plan to help raise awareness of the standard by including it in GDS Academy courses and senior civil servant inductions where possible.

The Digital Functional Standard is being published for internal government trial. GDS is looking at how to assess organisations against the standard in the future. But the aim is not about compliance, but about promoting best practice and consistent behaviours across government.

GDS will continue to iterate the Digital, Data and Technology functional standard. This will include adding extra content about data to drive adoption of data standards and standardisation of data practices across government.

GDS would like to invite you to provide feedback on the digital functional standard for the next iteration. It’s important to get the views of as many people in the digital function and standards community as possible, so you can send us your feedback to technology-policy@digital.cabinet-office.gov.uk.