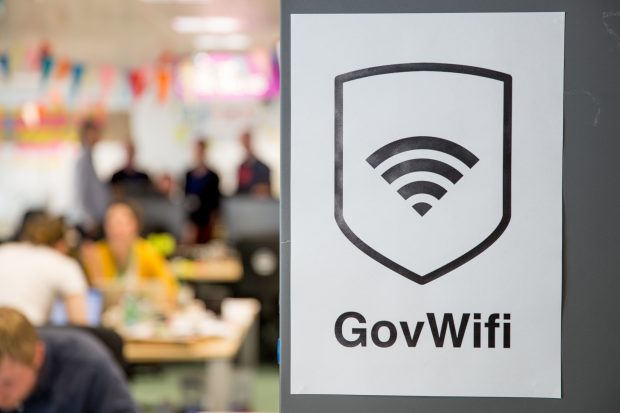 GovWifi, developed and managed by Government Digital Service (GDS), is a single wifi login which can be simply and cheaply installed by government departments over their existing infrastructure.

Anyone who registers with GovWifi will have access to wifi at any participating public sector location. It’s available to civil servants, consultants and visitors to government departments.

It’s been designed to replace user and guest wifi with a single secure wifi connection.

Users register once. After that, they’ll automatically connect to the GovWifi network. They don’t need to remember a password or sign in to different networks when they move between buildings.

GovWifi is one of a number of initiatives designed to help departments transform their operations. It saves money and allows civil servants, who are users too, to have the tools to do their jobs well.

Simply put: it makes it easier for people to do their work.

GovWifi recently passed its beta assessment, which means we can offer the service to more departments.

GovWifi currently works in over 100 locations across the country.

One way we track the increased use of the service is through transactions. A transaction is where a user accesses GovWifi in a particular building on a specific day. For example, if someone connects to GovWifi at one office in the morning and then again at a different location later that day, that’s 2 transactions.

GovWifi is now regularly recording up to 15,000 transactions a day and we’re seeing monthly growth of around 20%. Users visiting more than one building per day currently represent around 15% of the total.

In fact, we’re delighted to announce that GovWifi recently hit its millionth transaction. It’s a fantastic achievement for a service that’s not even a year old, and one that the team is very proud of.

But statistics like this only tell half the story. GovWifi represents a change in the way civil servants work. It gives them the flexibility to work wherever they need to, with the same wifi experience at every location – just turn up and automatically connect.

One of the best use cases we’ve seen so far is for departments which have moved buildings – like those who’ve moved into a government hub. Instead of workers losing their connection, GovWifi provides a seamless transition, with no loss of service.

Eventually, we want GovWifi to be the standard way to connect to wifi across all government and public sector locations. As it runs on existing infrastructure it’s quick and easy to set up and provides a good level of security.

The network identifies itself in a way that can’t be spoofed, adding to the safety measures that provide protection from potential attacks.

GovWifi meets all the requirements from GDS and the National Cyber Security Centre for secure wifi.

Any public sector organisations interested in rolling out GovWifi can follow these instructions to set up GovWifi on their infrastructure. If you have any question about GovWifi, send us an email.