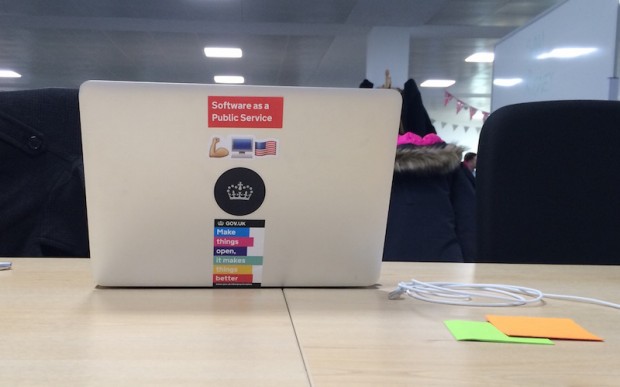 One of our design principles at GDS is “Make things open: it makes them better.” Since GDS was set up in 2012, working in the open has been a big part of who we are.  It’s great for us to get feedback about our code and the way we approach things - and we can also learn a lot from seeing how governments in other countries meet user needs.

We’ve worked closely with governments around the world to share best practices. That was why it was so exciting to see the US Digital Service (USDS) formed in 2014, as described by US Chief Technology Officer Megan Smith and Office of Management and Budget Director Shaun Donovan in their blog post last week.

As President Obama said in his joint press conference with Prime Minister David Cameron last Friday, we’re “expanding our collaboration on digital technologies”. The President went on to say that the point of this is improving how both the UK and US governments serve our users. We couldn’t agree more.

The USA and the UK have a lot of the same challenges and opportunities. We both have ageing populations and have to do more with less, while making sure we create services so good people prefer to use them. The way we work, the way we collect tax, the way we want to consume public services are changing all the time. We’re transforming government digital services, and will continue to work with our partners in the US to share what we’ve learnt so far.

We’re also working with people in the US through the Open Government Partnership, so we remain among the best in the world when it comes to government transparency and the public being able to access government data. The US has made a great start on this. They’ve released 138,470 data sets, all related to areas where they can have real economic impact. Much like GDS, the US (through a programme called PortfolioStat) has also made significant savings for their taxpayers, by reining in wasteful and duplicate IT spending.

Both GDS and the USDS will continue to be involved in improving people’s digital skills across both countries. The UK is setting up a school curriculum to help children to learn to code, while certain schools in the US have long standing practical experience of teaching code; clearly an area ripe for fruitful exchange. In 2013, Mike Bracken visited Washington DC, meeting with the Presidential Innovation Fellows and giving a speech at the Code for America summit. We’ve long had the pleasure of working closely with Jennifer Pahlka, Code for America’s founder and executive director, and are really impressed by her great contribution in getting digital to the heart of the US government. She also helped start 18F, a GDS-style team that’s part of the US’s General Services Administration. One of the lessons we’ve shared across the Atlantic has been that, with an agile approach to digital transformation, rapid change and digital successes can be born from the ashes of challenging legacy systems.

Transforming government requires committed, creative and skilled people, who share what they’ve learned and who keep making things better. We’ve worked with colleagues in the US throughout their journey, and are really looking forward to seeing some of our friends and colleagues from the USDS when they visit GDS again later this year.