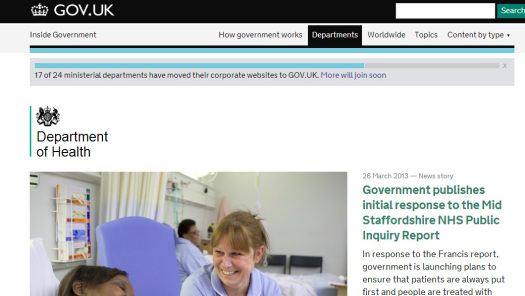 The move of web content from the Department of Health (DH) to GOV.UK has been a relatively calm experience for the DH team. It’s been extremely busy and quite intense at times but I only had one day of actual panic, about two weeks ago. If I were starting the process again there are a few things I’d do differently, but there are other things I’m really pleased about and that I think we got completely right. Here are some of the things I’ve learnt - or re-learnt - over the past 6 months.

I thought I knew the content on the DH website pretty well. Turns out I was wrong. I’d been hands-off for a little while, busy with other things and not attending weekly editorial meetings or writing content. I hadn’t paid attention to some of the changes to the ways we were doing things as a team and in retrospect it would have helped me spot potential problems if I’d been doing some actual publishing. It’s also the case that the sooner you marry your publishing processes up to GOV.UK the easier it’ll be. Though in fairness when things are changing as quickly as they were a few months ago it was sometimes safer just to wait and see!

I’m quite geeky when it comes to analytics and can spend several hours following user journeys through the website, looking at where people have come from, what keywords they use, where they end up and at what point they exit the site. 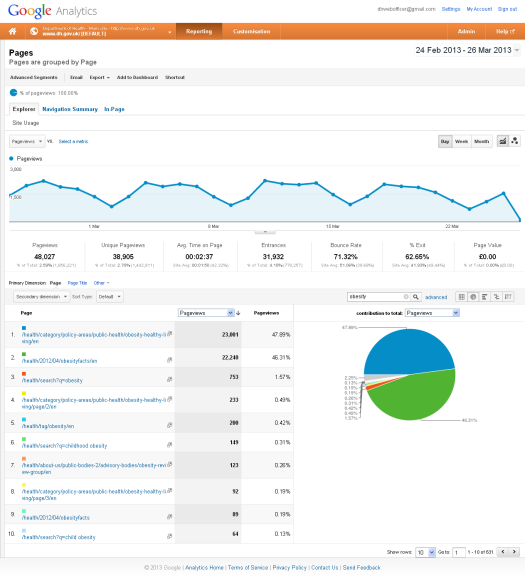 There can be some revelations from finding out why people are coming to your site, and what paths have led them there. And there's no better way to win an argument about content style or structure than with facts and figures. Everyone working on a website should know what kind of content gets a lot of traffic and what kind of search terms people are using.

Don’t be afraid to archive

Government websites are not the best way to store everything that a department has ever published - instead they should make it easy to find what's current. We went through several stages of archiving for the DH site; at the start of the coalition government, again in the summer of 2011 when we moved to a WordPress platform, and it still amazed me how much out-of-date content got through the net each time. I suggest that rather than look at your website from the front, you go round the back instead. Trawl through all the URLs in your sitemap section-by-section and you will almost certainly find some corkers. If you’re nervous about archiving, look at the stats to back up your gut feel. Chances are no one’s looking at those pages anyway.

Tell everyone about your project until they’re bored of hearing from you. Then tell them again.

It's quite possible that someone at DH will email me in the next few days asking where their page is. There've been news articles and blogs on the staff intranet, a feature in the staff magazine, emails to management teams, invites to attend presentations, a story on every single page on the DH website for the past month, etc. etc. But in the real world, more communication than you thought possible is almost enough.

Be transparent and people will trust you more

Tell people what you do know but also tell them when you don’t have the answer. Be prepared to make changes if someone comes up with a good reason even if it means more work for you. And remember that the earlier you know about something the easier it is to fix it. I have really enjoyed blogging about the move to GOV.UK on the digital health site and on our internal channels. It has helped me prioritise and get my messages clear.

Have faith in the team at GDS

Sometimes you need to have blind faith, which can be quite uncomfortable. Accompany that faith with regular questions, emails and phone calls, keeping up with blogs, following people on Twitter, attending workshops and talking to colleagues in other parts of government to find out how they did things. There have been quite a few things that we couldn’t get perfect for day 1. We still have subsites to close, migrate or archive and some of the changes will take a bit of getting used to. We're also mopping up link redirection to minimise any disruption as people search for the content they need in Google and elsewhere. I’m confident though that we’ll be able to save time and do a better digital comms job as a result of moving to GOV.UK, or in other words do less, better.