I’ve spent time this month at events that made me feel excited about how people are using technology and data to change things. 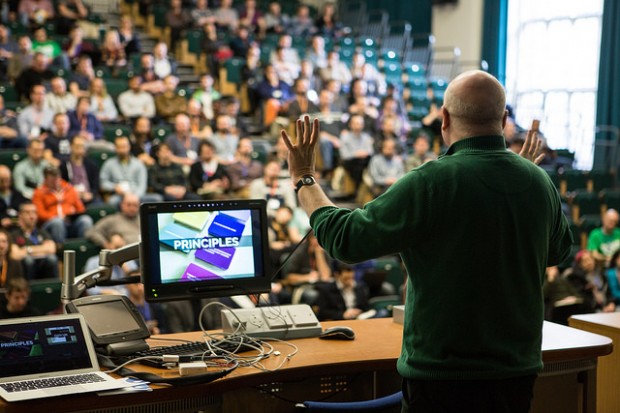 On Saturday 1 March I was asked to give the opening keynote at DrupalCamp London 2014. This is one of the major events for the Drupal community and I was delighted to have been approached. I was the first speaker on the Saturday morning and was on before breakfast. So my slides have a particular theme.

We have three clear, overarching principles in GDS - Trust. Users. Delivery. We work on the basis that the team is the unit of delivery; teams are fluid, dynamic, appropriate and responsible.

The point of principles is to provide a challenge around approach and behaviours. They provide points of reflection for all the things we do - from building GOV.UK to working with departments on transforming public services.

For transformation to work we need to break out of the old model of vertical silos and a market dominated by massive, proprietary systems and services. 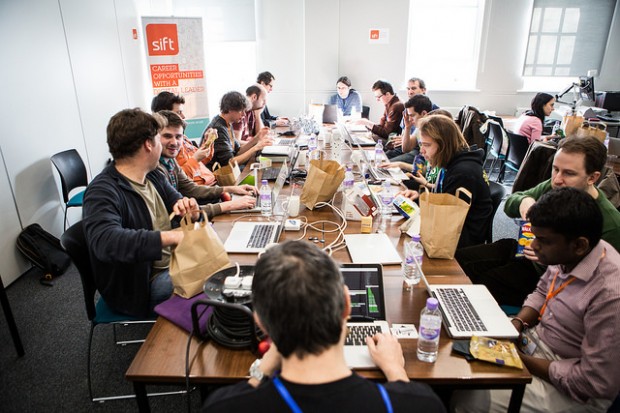 We have a number of sites which have been built by SME partners in Drupal. Whilst these are mainly websites targeted at specific audiences, the Office of the Public Guardian - responsible for the Lasting Power of Attorney exemplar - are building an entire new back end to run their business which uses Drupal at the core.

I found Drupalcamp London 2014 a fascinating experience; it was great to catch up with members of a community whose work is helping us all produce better systems and provide better services.

(sorry about the bacon) 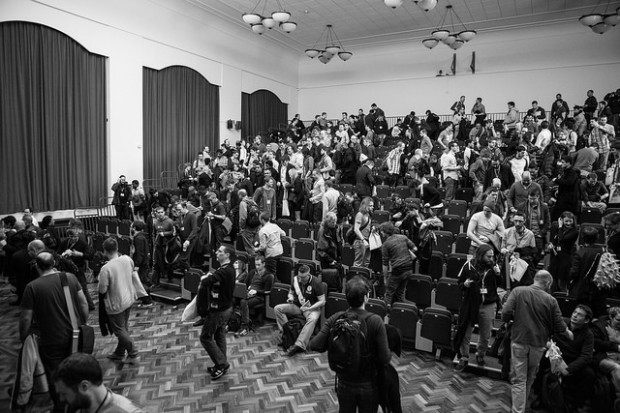 On Sunday 9 March, I was one of the judges at Rewired State's National Hack the Government day (NHTG) 2014.

I have been involved in NHTG since the start and each year I am amazed by the talent and the ideas on show.

We ended up giving out four prizes as we could not get the shortlist down to three.

The four we chose were:

This has the best possible user interface; that is, it does not have one. Alertin’time does one thing and does it in a way that means it is invisible until needed. We agreed this is a nice way of thinking about how to build user interaction for mobile devices which are normally characterised by 'noise’.

These guys asked and tested a basic question: "who makes sure that public sector websites remain secure and up to date?" The answer turns out to be complex and it's a challenge we need to address.

This was my personal favourite. Taking data which had been collected on land and building height and using this to work out the shade vs sunlight in urban areas was a brilliant idea. The obvious use is for solar power, but I would be interested to see this used with public health, crime and deprivation data; there may be some interesting stories buried there.

Another year, another range of fascinating and challenging hacks. I’d like to say a big thank you to my fellow judges - Eddie, Stef and Max.

Thanks to Amazee Labs for the images, more of which are available on Flickr under a Creative Commons licence.